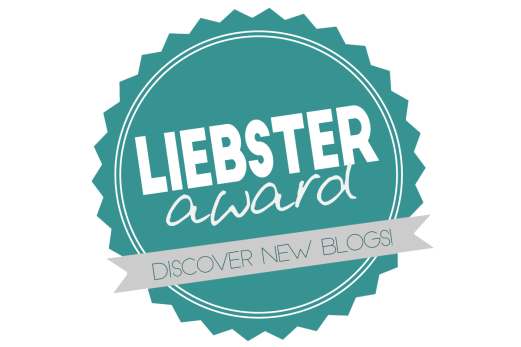 Ladies and Gentlemen of the academy; In the absence of a physical award, but still wanting to convey how chuffed this has made me, I’m currently holding my coffee cup like a shiny Oscar, smiling and waving to the crowd. The ‘Liebster Award’ is a formally informal way for a blogger to highlight other blogs they enjoy, reveal a little more about themselves, and pass the torch onwards in a quirky, classy way… Think ‘chain letter’, but if that were a welcome impact on your doormat.

So it was James Dixon over at QTX who gently nudged the baton in my direction and I’d like to officially says ‘Thanks!’, but also mention what a splendid blog QTX is. One of excellent things I’ve discovered about blogging is the community and, in addition to the general high quality of posts, QTX really go the extra mile to encourage conversation with their ‘Monday Morning Procrastination‘ and the always welcome ‘Weekend Gaming Doodah‘ signaling that I must be on the train home for the weekend. James has also set a tricky bunch of questions, but I’ve had a think and come up with some thoughts, So, onto those answers:

If you could have one superpower, what would it be? I always think that superpowers can be broken down into categories: There are the ones that are useful, but not much fun; the ones that are spectacular but not subtle; the subtle and niche… And… Well, you get the idea. After careful consideration, I’d go for teleportation in a ‘Nightcrawler from Xmen’ kind of way. I think it would be the right blend of useful, fun and subtle.

Most overrated video game you’ve played? Well… Thanks James… This one was always going to be controversial… For a game to be overrated it has to have a big fanbase so I’m guaranteed to upset someone. Weighing up the general hype compared to how ‘Meh’ I thought it was, I’m going to go for ‘Halo’. I played it through on a friend’s XBox and it felt so bland and generic that I can barely remember any details. I suspect that its popularity spawned from it being the FPS that introduced a generation of gamers to the genre, but for me nothing stood out… Apart the concept of the Halo itself.

Most underrated video game you’ve played? Almost an equally tricky question; we all know of obscure games that are amazing, but obscurity doesn’t necessarily mean underrated; even titles that performed badly at launch have grown into classics (look at Psychonauts). I’ve gone with a bit of an impulse choice from recent history and picked 2014’s reboot of the classic Capcom game ‘Strider’; great fun, solid gameplay, and a quirky future-soviet setting. It certainly didn’t receive enough attention.

If you could have any job/career in the world, what would you choose? Philanthropist… There are too many great ideas and talented people going underfunded.

Who’s your favorite Villain (book, game, TV or film)? With all the amazing villains out there, often much more compelling as characters than the heroes, it’s really difficult to pick a single favorite – so I’ll say that one of my favourites (and maybe it’s because we’ve not long moved to a fairly rural town) is ‘Frank Butterworth’ portrayed by Jim Broadbent in ‘Hot Fuzz’. His bumbling, friendly demeanour masks his malice and the belief in his actions.

Favorite joke? I don’t know about joke, but this sketch cracks me up every time I hear it!

Favorite album of all time? Urgh! This is really difficult… Not just because it’s a tough choice, but also because, although I love it, my taste in music is almost universally embarrassing. With the general anonymity that the Internet provides I think I can be honest and say that it’s probably ‘Three Cheers for Sweet Revenge’ by MCR.

If you could only eat one food/meal for the rest of your life, what would it be? I’m not a foodie, so nothing fancy. I always feel like food is more functional than enjoyable (which is an opinion that has offended more than one person) so eating one thing for the rest of my life (assuming it sustained me) wouldn’t be so much of a big deal. I’m going to be super British about this and pick chicken tikka masala – I’m not a big curry eater, but its satisfying, filling and tasty…

What’s the best advice you’d give to anybody who’s thinking of starting a blog and/or is just starting out, and/or might be struggling with it all (asking for a friend!)? I think I’ve mentioned it often enough, but having some idea of a schedule or posting goal is really useful. Mine is vague and is pretty much “minimum 3 posts a month, maximum 5; avoiding more than one post per week”. Any kind of schedule helps you stick with it on those weeks when the typing doesn’t flow as easily… and likewise stops you from saturating your readers on those weeks when the ideas just keep on coming!

Nominations: So I’d like to nominate a few other blogs as ones that I’ve really enjoyed reading; I’ve tried to keep it to those that havn’t been nominated yet and with less than 1000 followers in the spirit of the ‘Liebster’:

Sooo for you, here are those all important questions – you’re all gamers so they’re going to be game related!