In my last ramble outing regarding the upward moving deceased, Pine717 (Who incidentally runs a tight ship over at ‘The Maximum Utmost‘) jumped into the comments box in defence of the Boss fights of that particular title. Pine717 countered that, whilst relentless, the point was to prepare well, study the attack, and make good use of the brief openings when they appeared (feel free to correct me if I’ve paraphrased poorly). Discussion is one of the best parts about blogging and I always appreciate being spun around to face something from a different angle; the comment rattled around in my head, and I began to wonder what I looked for in a good Boss fight…

…  more fundamentally I realised that I frequently find Bosses an annoyance, detracting from the core gameplay. They are included to add punctuation to the overall pacing of the game, but too often draw in new mechanics, or drastically different play styles compared with the journey to that point. Examples of poorly conceived Boss battles are all too common; the QTE heavy encounters of ‘Dying Light’ & ‘FarCry 3’ are a bad fit for the open world romp preceding them, and the final showdown of ‘Metal Gear Solid 2’ relied on the player’s prowess with a samurai sword gifted to Raiden a few scenes previously (compared to the tactics of the rest of the game which fall into the category of ‘sneaky-sneaky shooty-shooty’).

It’s pretty difficult to put into words what makes a good Boss…  Good…  There’s a balance between challenge and reward, but it also needs to be coherent with the game as a whole. Anyway, I was struggling to find some tangible way of expressing all of this so here is a list of ‘Five Bosses That I Think Are Pretty Good and Why‘ (which also gives me an excuse to join in with United we Game‘s listmas event):

I know you’re all rolling your eyes, but stick with me here; “yeah, super original – the only boss in a hugely popular game“… but there is a good reason that ‘Portal’ was so highly regarded and GLaDOS is a big part of that. Developing the boss as an obstacle to be overcome is a big part of making a boss significant in the game. As the sinister nature of GLaDOS begins to crystallise, the player becomes increasingly aware that at some point, in some way, they’re going to go head to head… or monitor to head… or whatever. Too often a boss is dropped in without any thought or seemingly motivation; why does this guy-with-chainsaw want to hurt me? I only came over here because my faceless radio friend told me to.

Coupled with this inevitability, the GLaDOS fight is actually pretty good when you break it down. Elements from the main game which are already familiar to the player are pulled in, such as the missile turret & the incineration pit. The pit in particular conveys at least some kind of poetic justice considering that’s the method by which Chell was forced to dispose of the closest thing she had to a friend in this world. The main game mechanic … ie. portals… is used effectively; it draws on the player’s game experience to defeat this guardian of the credits rather than some new mechanic introduced specially for the occasion. Finally the timed element and the excellent GLaDOS monologue all add up to an exciting and worthy conclusion to ‘Portal’. 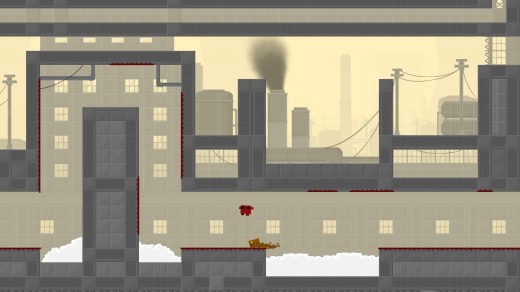 Apart from the epic music, “Fast Track to Brown Town”, Brownie is a typical example of a boss style that Mortal Kombat would refer to as the ‘Mirror Match’. These crop up in one form or another over countless games, it’s a classic boss battle, pitching the player against a computer controlled equal: Shadow Link, Metal Sonic, Shadow Mario, Liquid Snake… even Ryu vs. Ken. A boss conjures up images of a huge faceless enemy, a monster… but with the distinct hint of vulnerable. The mirror match dismantles this idea by pitching you against yourself (or the nearest thing). The player knows how manoeuvrable or strong, or fast their character is; in many ways a ‘mirror match’ is the purest version of player against game.

From the first key tap of this post, as I started to work out which bosses I was going to parade out as the top of the heap, my mind kept looping back to the Luchadores from the excellent Psychonauts. The Luchadores as a series of fairly typical bosses that rely on the tried and tested method of observing, learning, and taking advantage of the weakness. I don’t have a clever reason for including them, or a startling revelation about them to present… but the more I type, the more I know that they’re the right choice because from a vast sea of the boss fights in my memory, this somehow sprung to the top of the pile… and why shouldn’t it? Take a look at how vibrant and distinctive that screenshot is (or better yet go and play the game if you haven’t). A good boss should be memorable, in even as vibrant a game as Psychonauts this battle stood out as something to be remembered. I considered quite a few bosses for this list, but any game where I needed to open a tab and search for a list of bosses to ‘refresh my memory’ clearly couldn’t make the cut. 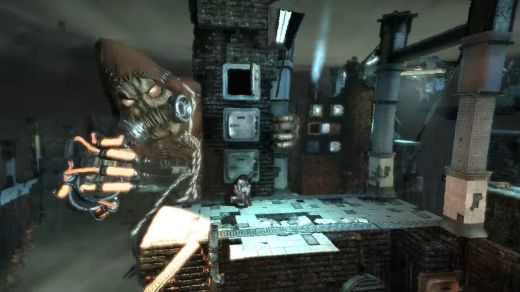 Often outnumbered and always outgunned, Batman doesn’t back down in the face of odds stacked against him. His resilience is one of the things that defines the character, a hard exterior that doesn’t waver. Scarecrow scratches away at that shell, exposing Batman’s emotional vulnerability and in this metaphorical encounter forces the dark knight to cower, scurry and hide. Visually the Scarecrow encounters are spectacular, a fractured reality and a colossal menace… I use the word ‘colossal’ intentionally because a strong contender for this slot was one of the colossi from ‘Shadow of the Colossus’ (my sense of fairplay intervened because that game is essentially a series of boss battles). He’s something epic, and epic makes for a good boss encounter.

Anyone who’s been following my mutterings for a while will know that I hold particular affection for ‘Resident Evil 2’; the Tyrant (or Mr. X) who features in the B-scenarios is one of my favourite boss enemies… and I guess must have also been one of Capcom’s favourites as ‘Resident Evil 3’ ran with the theme for the entire game in the form of the, somehow less sinister, Nemesis. The Tyrant is a pursuit type boss, stalking the player, turning up at choice moments accompanied by the sound of a door closing, ominous footsteps, and dramatic score change just to hammer the point home. As with GLaDOS the player knows that there will be a showdown at some point, one final battle that they can’t run from. It’s a format that I’m particularly fond of from Pyramid Head to Knuckles, but I’ve picked the Tyrant because of the scene pictured above where he bursts through the wall… and yes, I know that doesn’t sound too amazing, but I challenge anyone to say that it didn’t catch them off guard the first time they played. Given the pre-rendered backgrounds of the early Resident Evil titles, there was the assumption that something like that just couldn’t happen … and then it did… twice!… through the wall!….

… Honourable mention goes to Call of Juarez: Gunslinger… for breaking all the rules and delivering compelling quick-draw minigame style boss encounters that are tense and dramatic against some of the most iconic scoundrels in the old west…. which just proves that I still can’t put my finger on exactly what I want from a boss encounter; I just know which ones I enjoy…

4 thoughts on “Em-Bossed: Bosses That Stand Out”