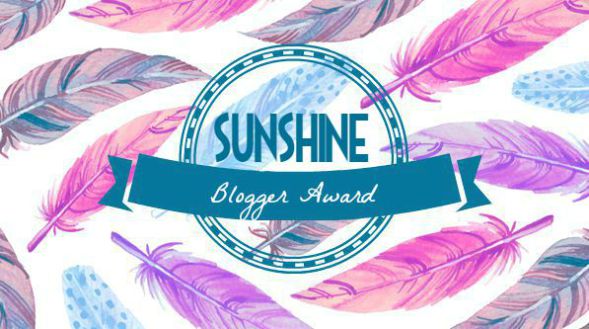 I’m going to level with you all… I’ve started this post several times now and each time it has descended into a spiral of misery regarding the current insular politics that seem to be taking hold on the world stage. I’m struggling, because the very thing I’m trying to write about is small and insignificant by comparison, but it some ways is the kind of thing that we need to hold on to in such times… so stick with me and we’ll get through this…

I am delighted to have been nominated for two community awards in the last week and have once again been reminded how much I enjoy being a part of the blogging community. Those who know me in real life likely understand how much this blog is a place for me to mash together the thoughts, opinions, & musings I have on gaming … and no doubt how it serves as a way for my to unleash my gaming thoughts without fear of boring my audience.

My wife has once or twice seen me shift uncomfortably in my chair fighting my self-restraint at a gaming reference drifting by in conversation that I just want to grab hold of and run away with.

First up, I was granted a ‘Sunshine Blogger Award’ by Athena over at AmbiGaming and if it weren’t frowned up I would be sending one right back their way. The posts over at AmbiGaming are superb often with an insightful edge looking at the human element of games; how we interact with them, and how they affect us. The ‘Sunshine Blogger Award’ is a way of spreading the word about blogs that brighten up your day so I am humbled to know that in a small way I’m having a positive influence on peoples’ days. Thank-You!

Secondly, Shelby “Falcon509” Steiner over at Falcon Reviews Blog saw fit to pass me a ‘Liebster Award’ for which I would like to say a huge thank-you. Shelby’s posts are always well put together and fun to read; there is a witty personality at play there which comes across, so it is a real privilege to be nominated for this by them. The Liebster award is designed to spread the word about lesser known blogs to the wider community.

The rules to both awards are similar and simple:

What fictional character would you want to grab coffee (or beverage of choice) with? Why?

This is one of those questions which is tricky to answer because there are so many possibilities, and  personally I think the answer would change each time you ask me. Today I’m feeling a little bizarre in a slightly ‘on-edge’ sort of way… which could be grounds enough for me not to have another cup of coffee, but if I could I would probably give Ian Malcolm from ‘Jurassic Park’ a call and we could just rant and ramble at each other way into the night over a cup of old brown java.

What do you think is the key to being happy?

So I tend to learn lots of things from our dog… he’s invariably happy… which leads me to believe that he knows something I don’t… then he gets confused when I put his toy in my pocket which leads me to believe that actually I know far too much. The point is that he’s happiest when we’re just doing things, walking, playing, sitting on the couch so maybe one of the keys is to just be able to lose yourself in something without worrying about what just happened, or what’s about to happen.

What story (video game or otherwise) makes you happy any time you play/read/watch/hear it?

I’m having to restrain myself not to say Jurassic Park, but I’ve already given one JP answer, so I’ll go for something else. Maybe it’s just because I watched it quite recently, but Wes Anderson’s adaptation of ‘Fantastic Mister Fox’ never fails to put me in a good mood.

What flavor of ice cream is most like you?

Luckily this question doesn’t seem to demand an explanation, so I’ll just say that when you’re sitting around in your futuristic biological theme park without any power on trying to eat all the ice-cream, if you were to pick the honeycomb flavour it would be most like me.

If you could chose any instrument to be an expert at, what would you learn to play?

I can technically play the violin, but I could not be classed as an expert so I think I’ll go with that as it would cut down on the amount of scales I’d have to do.

Where would you live if it were possible (fictional, real, otherworldly, etc)?

Maybe I’m just thinking about Wes Anderson now (and that is a problem I have with these kinds of questions, I tend to get a theme stuck in my head), but I really enjoy sleeping on a boat so I’d like to live on Steve Zissou’s boat, the Bellafonte I think, complete with dolphin cameras.

If it were possible, would you dive to the bottom of the ocean to see what you could find?

I think my desire to live on a boat probably answers that, but not without some kind of epic submarine that’s heavily armoured, who knows what I’ll run into down there in the dark.

Would you choose immortality, or invincibility?

… arnt… arn’t they essentially the same thing? If you’re invincible surely you can’t die from old age… hmmm… next question…

What is a hero to you?

Not sure I understand the question… duct tape?… probably duct tape…

What is the goofiest thing that you’ve ever done with another person?

I looked up the meaning of the word goofy which is “foolish or harmlessly eccentric” and I’m going with the time that I used my academic ‘credentials’ to get myself and a friend a library card for the library of congress in DC and we used it to stroll around the Jefferson reading room because that’s where Nicholas Cage had been in National Treasure.

So there are my answers, I hope that may have given you some insight into my mind. Now my questions are:

So I would like to nominate the following bloggers for either the Sunshine or the Liebster awards because they deserve to be publicised and  they bring some sunshine into my day; so feel free to pick. I am trying to avoid bloggers who I know have been nominated for one or other of these recently (or I’ve nominated in the past) and just limit myself to 5 that have stood out to me recently:

Halsdoll: Always up for jumping into the comments section Halsdoll shares my own love of that Biohazardous brand of Survival Horror.

TwoGirlsGaming: An excellent mix of current, retro, and general musings, it is full of variety and a great read.

Insert Memory Card: A super new blog that won me over by reminding me how excellent SSX3 was.

Later Levels: Well written, entertaining, and with an outlook on gaming that I can relate to.

Cyberphile:  Just always up for conversation!