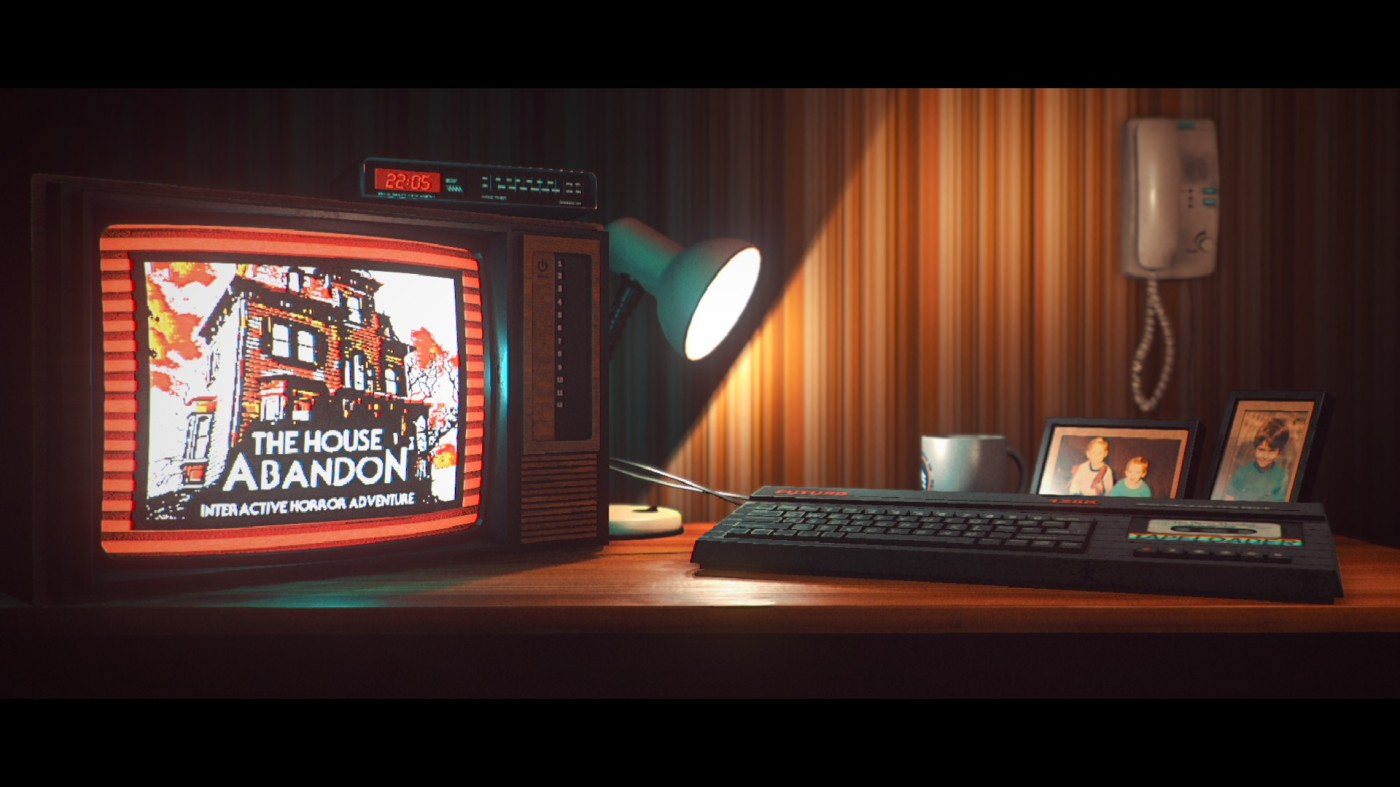 It was a rare treat last year when, one dreary evening, I discovered and played the freely available short title, ‘The House Abandon‘ by No Code Studio. Every aspect of the game appealed to me from the ‘Spectrum inspired’ loading screen of the ingame hardware to the tension created using only the lightest of touches. I had assumed that it would remain an enchanting ‘one-off’; a short exploration of what might be possible. No Code proved me wrong earlier this year by releasing ‘Stories Untold’, a fully fleshed out four-part drama in which ‘The House Abandon’ features as Act I. I picked it up a little while ago, but decided to save it for a few consecutive evenings where I could put my headphones on, dive into it, and become immersed in this chilling tale without interruption.

My chance finally came last weekend where, over the course of two evenings, I tentatively made my way through ‘Stories Untold’, both captivated and un-nerved. Part of me is tempted to just stop typing here.

If you have an interest in this game then go and play it, the less you know going in the more you will enjoy the experience.

Unfortunately that would be an unsatisfying post to write (or read), so I’m going to cautiously pick through the game and say what I can about it without spoiling the plot.

First up, I’d recommend (if it’s possible) to do what I did; put your phone out of sight, clear an evening (or at least an hour per act), put your headphones on, and, in a dimly lit room, allow yourself to slowly sink in to the experience. As each chapter begins the player is treated to an 80’s styled, synth heavy, theme tune with distinct overtones of last year’s Netflix hit ‘Stranger Things’ and whilst the former may possibly have been inspired by the latter, it is more likely I suspect that they both draw from the various sci-fi series of that era… And if that last sentence made you put down your mocha and start paying attention, then you’re the kind of person who might enjoy ‘Stories Untold’ as much as I did. 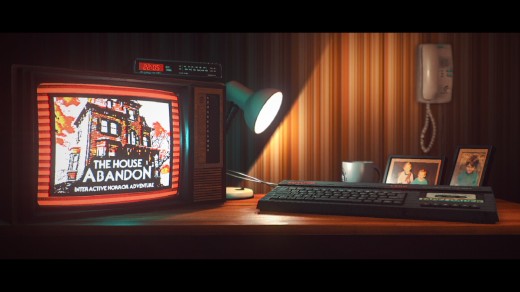 As the screen fades from black, the player finds themselves looking through the eyes of a silent protagonist; in the case of act I, ‘The House Abandon’, a desk appears illuminated by the warm glow of a lamp. On the desk is a blocky 80’s-era home computer, tape in drive, and loading, a boxy CRT monitor shows the rapidly changing colours of ZX Spectrum loading screen and a title card appears displaying ‘The House Abandon’. Otherwise the scene is unexciting; a phone, a clock radio, and some family photos add flavour. From here the player begins to play this text based adventure sat at that unassuming desk, a game within a game, true to the mimicked era, complete with frustration at not being able to phrase the command in quite the correct way. Once again, if the phrase ‘text-based adventure’ sent a pang of nostalgia running through your spine, then consider checking it out. The format is heavily used here and capitalises on that unique brand of mystery evoked by the lack of graphical interface.

With each subsequent act, the player assumes control in a new location, and whilst the theming of each act is distinctly different, the idea is the same: interaction with antiquated computing and electronic hardware, some digital and some analogue in nature. The puzzle is in working out how to achieve each goal; turning dials, entering commands, and flipping switches all feature. The real purpose however is understanding; in finding out why these challenges are being presented, and how they are used to tell a story. As each act unfolds, some truth is revealed; it all starts with soft lighting and a comforting electrical hum but soon chilling realisations and dark undertones begin to take their place. Hopefully it’s obvious that ‘Stories Untold’ isn’t a game that is going to appeal to those seeking action, the horror is psychological in nature and doesn’t rely on jump scares or being chased down corridors. It is deliberate and carefully paced; I got the impression that each key moment, sound effect, and piece of seemingly inconsequential background furniture had been painstakingly discussed, selected, and included with purpose. 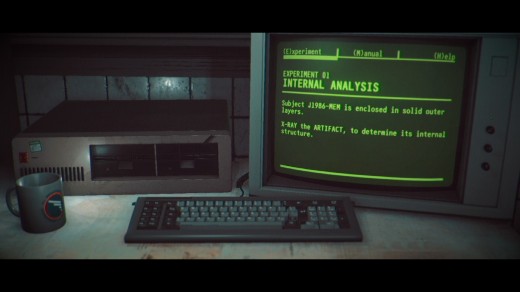 … and the plot?… it get’s dark… Like all good mysteries, there are some twists and turns and revelations of information are presented in such a way as to keep the player guessing for much of the game. Ultimately, even when the truth is revealed, or more accurately as the truth is being revealed, the player is incapable of halting the procession of information. It made me shift uncomfortably in my chair and left me needing to clear my head with something lighthearted before finally calling it a night.

I think I’m going to stop writing before my efforts to avoid spoiling degenerates (entirely) into a mess of cliché and idioms. Seriously… go and play it… Just don’t expect ‘Stories Untold’ to back down when things get uncomfortable.