The title pretty much covers it, I suck at expos. I want to see the hot new games, but I don’t like to queue and don’t really enjoy the sensation of other people watching me play over my shoulder. Add to this that there are also some games that I’m interested in, but kinda feel like I want to settle in to them at my own pace rather than a frantic whistlestop sample that the expo environment provides. Nevertheless, the pull of EGX was too much this year so I picked up a day ticket a few weeks ago and last Friday moseyed on over to the NEC in Birmingham with my wife for a game filled day in the crowds feeling more than once a little self-consciously-over-30, although I’d like to thank the guy who complimented my Owlboy T-shirt for validating my fashion choice for the day. Luckily the Rezzed section (full of the latest indie titles) was near the entrance and we found ourselves 2 hours in without progressing more than two rows of booths from the door.

Upon venturing further into the sea of people clad in cardboard Mario hats, bright lights, and cosplay enthusiasts we found that the big three had bought their ludicrously large stands, models, and was once again struck by that thought that it was lucky they all went for a different colour scheme for their systems, but can’t help thinking that as they were late to the party XBox green is much less appealing that the vivid Nintendo Red or futuristic PlayStation blue. Other than this there was a good scattering of merchandise stalls, a small board gaming corner, tournament & presentation stages, and people picnicking around the edges of the hall. So aside from leaving with an aching back, and the feeling like I’d touched too many controllers touched by too many other people, what about the games?… well, here is my rundown of things I saw and thought I should comment on at EGX 2017… Hold on to your cardboard Mario hats…(Games are presented in no specific order and the platform listed is the one I saw – follow links for full details)

I did not get hands-on time with Mario Odyssey for two reasons; firstly because the queues didn’t seem to ever drop below the several hour point (I was only there for a day) and secondly because I imagine it plays exactly like it looks. It’s a game that’s understandably hyped because it looks highly polished, is the next in a long and illustrious series with a massive following, and will likely become a flagship title on Nintendo’s latest home console. Aside from all that it is pretty much exactly what you would expect from the next Mario title, buckets of charm, clever gameplay mechanics (it was pretty satisfying to watch all manner of things become Mario-infused with a quick fling of his hat), and a vast number of rich settings full of exploration possibilities. I don’t doubt that it will be a success with people already hailing it as the best bits from Mario 64 and Galaxy and I’m sure I’ll buy and play it, but I couldn’t say that seeing it in action at an expo was profoundly enlightening.

Overall: It’ll be excellent, but that’s what everyone expected 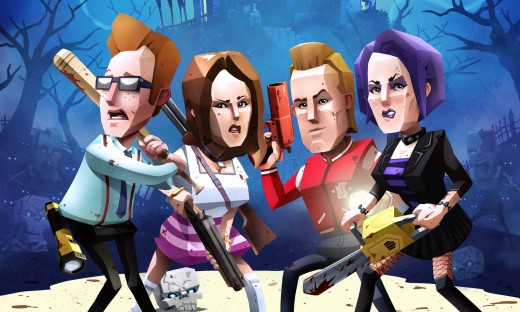 A side-scrolling survival spookfest through creepy settings with roguelite elements sounds pretty good, and add to that a visual style bordering on the low-poly end of the spectrum along with officially licensed Ash (Evil Dead) character and I should have been pretty happy. Unfortunately the gameplay came across as a little dull, and the procedurally placed rooms seemed to repeat a few more times than was comfortable giving my short sample an eerily repetitive feel. It is still in early access however, so it might gain momentum as development continues, and a co-op mode is planned for some 2-player spookiness so might be one to look out for in the future

Overall: Neat, but a bit bland

Low-Poly seems to be the word of the moment in indie gaming, so a low-poly cartoonish WW2 themed game seems almost inevitable. Bomber Crew puts the player in command of a bomber crew carrying out attacks on strategic enemy targets. I’d noted it as something I wanted to try, but found the actual game a little lacklustre. Gameplay involves having your crew take up different positions in the aircraft carrying out different actions, but in reality it seemed like an exercise in spotting the next navigation marker and occasionally an enemy fighter. I did successfully manage to drop some bombs, but can’t say I was bowled over by the overall experience.

Overall: Nice visuals and a novel idea, but the demo felt lacklustre 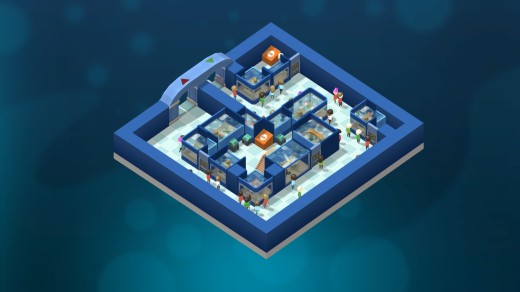 From the people who made Big Pharma, Megaquarium is an aquarium management SIM that requires the player achieve certain milestones as they construct their very own piscine prison… Erm… “Showcase”. Continuing the fairly clinical presentation of its predecessor, Megaquarium captured my Wife’s enjoyment of efficient layout and sea-life in a single package. Although not to my tastes, I think we’ll end up seeing some more of it in the household.

Overall: Planning space for fish and whatnot…

Set in the notorious Fallen London universe, Sunless Skies is the sequel to Sunless Seas, a game I helped KickStart and found (much to my surprise) that I had a distinct taste for. Sunless Skies pushes the streampunk setting into the outer atmosphere allowing the player to explore floating cities in their delightful steam powered spacecraft. Taking the form of a 2D exploration when flying and a colourfully written text driven experience during encounters at the various ports, it feels once again like something that I could become lost in. A chat with the developers revealed that they’ve made combat a more action-heavy experience and, by centralising hub ports in different regions, have removed some of the frustrations of having ‘over-explored’ the vicinity of home. I was impressed by the atmosphere, simple but effective visuals, and craftsmanship displayed in forming that world.

Overall: I will be checking this out. Currently it’s in early access, but the final release should be first half of 2018.

I’m a big fan of Super MeatBoy; the precision control, short but excellently constructed stages, epic soundtrack, and the satisfaction at absolutely nailing a level made it one of my favourite platforming experiences. SMB Forever is an auto-runner taking place in similar settings to the original, but my experience of it at EGX was very disappointing. I give credit to the team for mixing up the formula and making it an auto-runner, trying something different is always a risky move, but in this case ruined the precision and finesse of the original outing. Being unable to stop or fully air control left me feeling like a passenger in the game and turned it into an exercise in memory and frustration; despite wanting to like this I don’t think I’ll be going an further with it.

The Occupation falls in to that aforementioned category of games that I’m super interested in, but didn’t really want to be rushed in soaking up. Set in the 1980’s the player steps into the shoes of a journalist in a community being increasingly monitored by the government. According to the person I chatted with at the stand, the game takes place on a real time schedule where the player must investigate the various ‘happenings’ by being in the right place at the right time as the inhabitants go about their business. Although I’m biased due to my fondness of the oppressive government setting, I’m pretty excited by this, especially considering how interesting their first outing, Ether One, was. The muted palette and hushed tone seems to create an absorbing atmosphere of suspicion and intrigue… hopefully it’ll deliver in content.

Tucked away in the LeftField collection was Jettomero showing off it’s comic book styled gangly robot. Jettomero is a tricky to define game and looking back I wish I’d spent a little more time with it, but in essence the player takes the controls of this charmingly bumbling robot, careening through outer-space, landing on planets, and attempting to fight off alien invaders whilst not destroying too much of the human civilisations. It would have picked up the award for making me smile the most during the day and is something to keep an eye out for.

The list isn’t exhaustive of the things I saw, but they are the titles that made the biggest impression on me. I came away from the day a little more disappointed than I had in previous years; I enjoy discovering lots of new hidden gems at EGX, but didn’t really leave buzzing about many of the games on show.

Were you at EGX? Did I miss something epic?!?