Fate has dealt me a big ol’ case of writer’s block to coincide with my 100th post here on Hundstrasse; I’d initially planned on doing something different and save my self-indulgent “One Hundred Posts Woooh!!” ramble for March’s Editorial. Luckily 100 posts is a big enough moment that it merits pausing my normal witty and on-point commentary of the gaming biome to look back at what I’ve done so far; and coincidentally saves me from battling through writing an entire article fighting with each word and phrase.

Given that I only post once a week on average… and only  hitting that target consistently in the past 12 months… It’s taken almost two-and-a-half years for me to make it this far and the state of gaming has been eroded and reshaped in that time. Way back in October of 2015 we hadn’t yet seen how Nintendo would rise up and gift the world the Switch, VR was still experimentally new, and … erm… the DOOM remake hadn’t been released?… Between then and now I’ve gradually begun to feel comfortable putting words on the page and posting gaming articles, reviews, random thoughts, and even the odd vaguely (hopefully) amusing piece, all in an effort to vent some of my gaming related thoughts and indulge in a different style of writing to that which is the default of my day-job.

… as always however, it is the people who read, comment, and make up this excellent blogging community that make it all worthwhile and I’m humbled to be accepted into this group. Honestly you make this worth doing and I’m only sad that I can’t devote more time to joining in community events. Just know that I’m always there at the sidelines cheering you on, even if I can’t participate myself….

So for my 100th post I thought I’d pick out some of my past articles and maybe even see if I still like what I wrote:

Given a lack of previous blogging experience, that first post holds up surprisingly well and I can’t say that my views on procedural generation have shifted that much since then. I still see it as a pitfall of modern development, a technique that ‘can’ be well used, but is often a crutch for indies looking to compete in playtime with triple-A developers. Maybe an increased self-awareness now would recognise that this is my own take on the situation and that some gamers just love that sweet, sweet, randomly generated formula. Reading it now, the writing feels very business-like; sure, I’m not exactly the James Bond of the written word (if anything I’m more Dick Tracy, but this metaphor is getting stretched so I won’t carry on down that route), but I like to think that my own style has developed in the months that followed and that I’ve managed to develop my own style, or ‘marmeladenkuchen’ that you all enjoy now. I’ve also discovered that a few images really help break up a page of words!

Post That is Weirdly Popular: The Problems with a Physical Version of Armello

This post has more views than any other (not including pages for my Arduboy Games) which I can only attribute to the multitudes of boardgamers out there looking for a physical version of Armello; I seem to have happened upon a title that gets some good search engine hits. My one small hope is that the casual internet-er who finds themselves on this page reads the words and takes heed. I still agree with myself on this one, much as I enjoyed Armello, a physical version would be a chore to play purely because of the “housekeeping” involved. It’s a post I’m pretty happy with and received bonus points for working a retro Atari ST angle at the beginning there along with subtly bookmarking on of my favorite pieces of gaming music.

Post That I’m Most Proud Of: The One I Wrote About Game Character Gender Equality 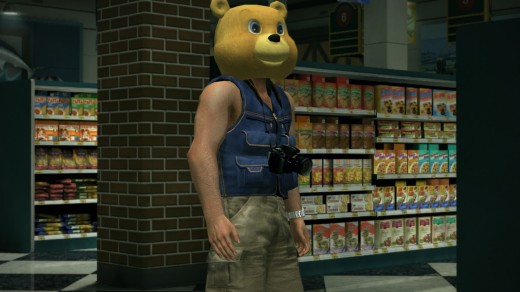 I’m pretty pleased with myself every time I manage to drum up the courage and hit the post button; sure, it’s become easier over the years, but throwing out my own opinions, especially about creative media, is not my comfort zone. I pulled together this post about a year ago and remember the internal conflict I had about posting it. I was… and am… drastically unqualified to write about gender equality issues, but these niggling thoughts kept rattling around my head and I felt a need to express them – even if it came off as clumsy and ham-fisted. I was hugely relieved when the post was actually well received by many people and going back to it now it reads pretty well and showed me that maybe, just maybe, I could discuss more than just responsive controls and beautifully crafted in-game scenery.

That Underrated Gem: My Thoughts on Telltale’s Jurassic Park 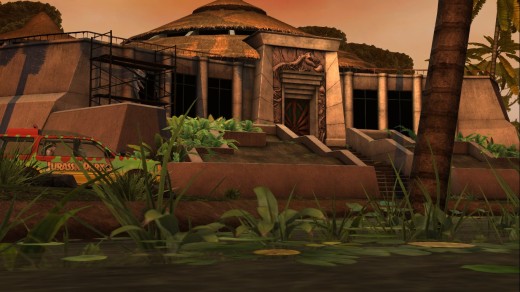 One of the best aspects of blogging is the engagement with the people reading from a simple like, kind comment, discussion point, or even contradicting point of view; unfortunately a lesson that all bloggers learn pretty quickly is that the amount of effort put in to writing article often has little to do with how much of this engagement it gets. Looking at those posts sitting at the low end of view numbers, there are a few that I’m happy with as articles that failed to grab the attention of the readers (not that it’s really about views, but they are a pleasing bonus to this blogging lark). My thoughts on Telltale’s controversial Jurassic Park Game is one such post; I remember putting a big chunk of effort into writing this but I guess Jurassic Park just doesn’t interest everyone else as much as it does me. Reading it again now, it probably isn’t my best work, the gameplay explanation feels laboured and a little awkward (which is appropriate because the gameplay IS laboured and awkward), but aside from that it does highlight one of the weirder “feelings” that we as gamers can have – that sensation of wanting to like a game despite its glaring failures.

My Least Favourite Article: That One Time When I Learnt Morse Code

I can’t remember any Morse code now, but there was a time when I spent my commutes learning it, and decided to share the experience. In my defence, this was in the early days of my blog and I was still finding my writing style, what I was going to focus on, and what things were and weren’t relevant. It’s not that I’m hugely unhappy with it, but reading it now, I really could’ve made more of it. I could’ve discussed more the gamification of normal tasks, or what drives us to do these kinds of things, but I really just settled for a pretty mechanical description of how I went about it.

The One where I’ve Changed My Opinion the Most: Steam Link Review

The weird thing about this whole “writing things down” fiasco is reading back your own thoughts a few years later an marvelling or cringing at what’s being conveyed. I don’t think I’ve come across any of my past posts that are face-holdingly cringe worthy, but I certainly painted the Steam Link in a much better light than I now see it. Since writing I’ve spent hours arguing with the fiddly little box to try and get it to behave which throws it a long way from the promise of hassle free couch gaming. Some of this is undoubtedly trying to get it to play nicely with my home powerline network, but given how common this sort of arrangement is (and a quick peek at the forums indicates I’m not alone) it’s staggering that a better solution than “Switch all the adaptors in your house off and on again” hasn’t been forthcoming. I’ve also had problems with it being courteous to my Steam controller – the one controller that really should work with the system -to the point that I’ve effectively abandoned it as an input device. Sadly the Link is still the best way for me to PC game on the couch but the Switch has been a breath of fresh air and has reminded me how couch gaming should be.

Most Bizarre: My Uninformed Attempt at Zelda Fanfic

Mostly this blogging thing is supposed to be fun and running with a silly idea occasionally is good fun. My attempt at writing Zelda-Fanfic without any vast experience of the series turned out to be bizarre and nowhere near sensible.. and maybe even gave you an insight into where my mind wanders with things.

Personal Favourite: How Much I didn’t like Resident Evil 4

Despite the controversial topic I really enjoyed writing this article. It gave me an excuse to examine why I enjoyed the early Resident Evil titles and maybe give you all a glimpse at why they’re so important to me personally. I also think it was a good attempt at handling a potentially unpopular viewpoint in a way that was (hopefully) very clearly my own take on a situation. I got to break down specific game elements that didn’t resonate with me and how in this case mixing up a stale formula turned me away from the series rather than reinvigorating my interest. The whole thing kind of came together well, it’s not perfect, but it’s my favourite.

So that’s my 100th post! Thanks for sticking with me though this post… and the 99 that went before it – back to gaming next week!