Rain is one of my favourite things… although that’s something that I more-often-than-not keep to myself; I regularly (and guiltily) partake in the British tradition of complaining about the weather when I’m in the office. Enjoying the rain tends to be unpopular, and the opposing opinion only gets raised eyebrows and suspicious glances which don’t go well with my general aim to come across as “regular” when I’m in at work. Those that know me better however will have noticed that I rarely rush when I’m caught walking home in a sudden downpour, I watch storms excitedly from the window, I’ve been known to purposefully suggest dog walks when those little beads of liquid are making their way down from the clouds, and lying is bed listening to the rain against the window is the best way to fall asleep. In short, despite the lack of sleep, the wind & rain pummeling the walls of our holiday dwelling last night was a treat matched only by this evening’s walk at the seafront with the windswept droplets highlighted by the trapezoidal glow of the streetlights.

Now that we’ve entered April, the month that officially sponsors rain, I think maybe it’s a good time to take a quick look at ingame precipitation. My affinity extends from the real world to the virtual one, and given the option I will always slide that weather setting to “Rain” whenever I’m allowed to regardless of the game. Without any real criteria, I’ve decided to pick out five of my favourite rainy moments from games – enjoy! 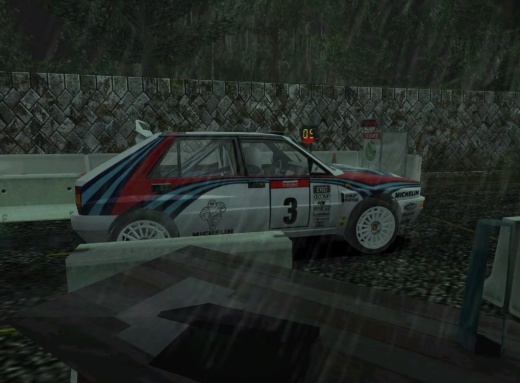 Driving in the rain is pretty cool; the water lashing down against the screen, the wipers fighting to keep your view clear… and knowing that stopping distances have doubled (let’s be careful out there everyone) all adds to the thrill and for me makes it feel more like piloting some kind of futuristic vehicle over alien terrain rather than just running out to the shops to get milk. What many people don’t know about me is that during my student days I spent a good amount of time playing driving games with a housemate (it was really the only sort of gaming I could get him to commit to regularly) and I have a nostalgic soft spot for a few driving games that wouldn’t normally catch my attention. The Japan stages of Colin MrRae Rally 3 (XBox) combined these two excellent activities and I always enjoyed tearing through the mud and standing water, rain hammering my 4WD MG (I think that’s what I used to drive), lightning flashes occasionally illuminating the mountainous Japanese countryside. I enjoyed the weather so much that this became my stage, I was unbeatable… at least by my housemate.. whenever we decided to brave the monsoon rains of Japan.

Our unlucky quartet of L4D survivors have been dropped into the full range of clichéd scenarios across both games, but Hard Rain is one of my favourites. The gang must fight their way through the zombie hoards to a gas station before making their way back to their boat as a hurricane hits. Visibility drops and dripping infected charge out of the spray at every opportunity. To make matters worse, the wind occasionally picks up and makes team communication impossible. From charging through the dark corn field with only your feeble flashlight to cut through the weather, wading around a flooded town, and finally defending the abandoned diner, this scenario is not only one of the game’s finest, but highlights some great ingame rain application. 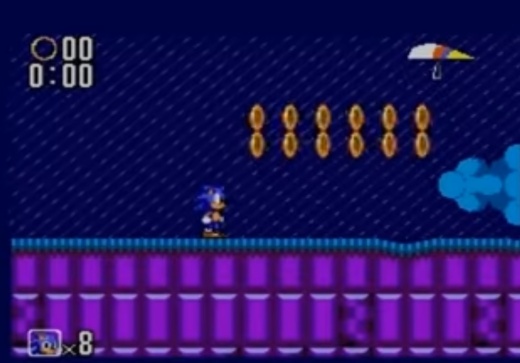 I wanted to highlight something a little more “retro” in this list… although your definition of retro and mine may differ, but that’s another blog post… There are a whole range of “rain levels” to pick from in the retro sphere, but I kept swinging back around to this example from the 8-bit Sonic 2 outing. I’ve written before how the 8-bit version of Sega’s undisputed and overmilked mascot was the forgotten sibling, and that’s maybe even more true of the blue hedgehog’s 2nd adventure. It’s kind of obvious now, but the reason that this specific level stuck out so much was mostly to do with how ‘different’ it was; the limitations of the 8-bit systems often meant that variety wasn’t their strong suit, but in this case the 2nd act with its wind, driving rain, dark skies, and brewing clouds was a big leap from the sunshine and blue skies of act I. Being presented with this suddenly different and visually dynamic stage – complete with handgliding sections – just made it jump out, and obviously stuck with me over many years.

My last ramble about MGS2 highlighted just how weird, yet iconic it was, and little about it is more memorable than the opening. The lone figure, clad in waterproof cloak, that signature glowing cigarette, the headlights of the cars cutting through the rain as they cross the Hudson. MGS2 was undoubtedly a bold new step in the cinematic nature of games and the dark storm in which is all starts is a perfect example of this. The rain in the opening section adds so much atmosphere and in my eyes serves to highlight the solitude of our lone warrior’s mission; huddled on the deck of the ship, soaked, and trying to avoid the gaze of the guards. The rain also provided designers a platform to show off the relatively new power of the PS2 through dynamic splishy-splashey footsteps, wet footprints, and camera misting effects as Snake moved to the internal locations. 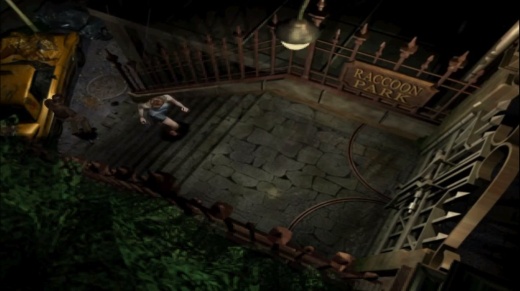 The game that completes the original Resident Evil Trilogy has one of my favourite rainy ingame moments. Towards the end of the game the player emerges from the destroyed clock tower to find that it is raining. Jill Valentine must make her way through the park, past the deadly stalking hunters, in the rain. It’s another great moment of pre-rendered trickery with some simple visual effects but most of all buckets of atmosphere. The gentle patter of the raindrops are now the only sound in the now dead Raccoon City; it makes the player feel alone, isolated, and helps punctuate the finality of the escape and the fate of the city. The addition of rain really helps build toward the climax of this solid, and sometimes overlooked, classic of PS1 era survival horror.

So those are some of my favourite ingame rainy moments, but I’m pretty sure I’ve forgotten some clossics, so feel free to jump in and let me know in the comments!