I’d have to pick attending Rezzed in London’s Tobacco Dock as my April gaming highpoint. I havn’t been for the past few years and had forgotten how, as an expo, it fits me much better than some of the bigger events with its smaller crowds and developers eagerly waiting to discuss their craft directly with the players. I’d have to admit that it didn’t turn up as many gems as in previous years, but did finally give me the chance to meet with Kim, Ben, & Pete from LaterLevels and without them I wouldn’t have seen Tim Schafer’s developer session. Kim’s follow up to that was also an interesting experiment in free writing; a technique advocated by Tim himself which… even in my brief two-minute session… I could see the benefits of. Forcing yourself to not edit, and just plough on through is liberating, each idea that came in to my head HAD to go down on the paper and it worked its way in to some kind of bizarre detective story.

One of the weirder things that transpired recently was being contacted by a high-school teacher from the U.S. He’s stumbled upon my post looking at the player numbers in Fortnite:BR and politely requested the raw data (which in an embarrassingly cobbled together spreadsheet I made based on a couple of hours pawing through player videos on YouTube). I was happy to oblige as the end goal was to apparently set his students a similar curve fitting exercise – certainly a neat lesson plan and something that I would have appreciated as a student. The whole event also spawned a twitter exchange with Chris from Overthinkery concerning some of the wonderful data visualisations that might be possible if the data existed. My own particular angle would be combat heatmaps, or player routes across the island, which would of course vary depending on how the circle shrinks, but I’m sure, given the sheer number of games played, that with enough big data processing some amazing visualisations could be achieved.

From the blogging community I’d like to highlight that Ian of Adventure Rules fame is winding up to pitch his 2018 Blogger Blitz event a little later and is currently on the lookout for challenge ideas. This event was huge fun last year and I’m sure will be equally as entertaining this year.

April’s been a weirdly retro affair for me; I’ve just had the desire to go back and play some things that are a few years older which is either one of my periodic nostalgic hankerings for a vibe that I’m struggling to find in current games, or a sign that maybe not that much has been released recently that interests me. My wife has been enthralled with FarCry 5, but based on the conversations with her it sounds as though there are some bugs to work out there, and her innate need to be thorough doesn’t seem to be compatible with what sounds like a game designed to tackle some of that Open World lack of direction associated with the genre.

At the beginning of the month I embarked upon a game that I missed first time around; Rockstar’s Bully. Being so controversial at the time, I wanted to see if that controversy was well founded, or just the particular video game punchbag of the time. I guiltily enjoyed the entire experience apart from the continuous crashing issues in Windows 10…

… seriously, I didn’t mention it too heavily int he post, but if you’re planning on playing this on a Windows 10 system you might want to think again. It was sometimes stable for hours at a time, and sometimes crashed every 15 minutes. Being from a generation of games where saving at any point simply isn’t an option I found myself frequently, and with a certain amount of not-misplaced anxiety, rushing to a save point each time I finished a mission. I’m guessing that the change in my playstyle because of it, and the amount I needed to reply in total must have doubled my playtime… 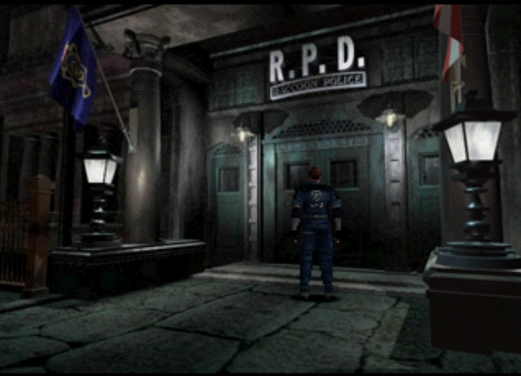 I went even more retro next as I played through Resident Evil 2… again… (just Leon A, and Claire B for those of you who are interested). For me it’s the gaming equivalent of putting on a comfy jumper, but was really a warm up to Playing Resident Evil 3 which I’ve not revisited since the dawn of the PS2 era. This revisiting was a really positive experience and the game held my attention now, as much as it did the first time I played back in 1999. 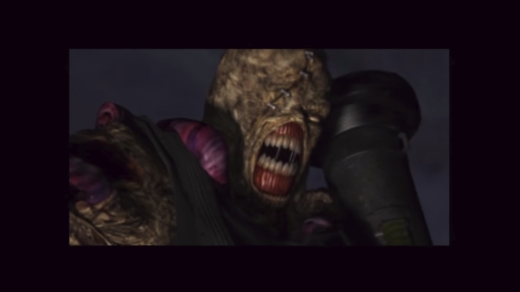 Finally, it wouldn’t be a month without Question of the Month! April was sponsored by Nathan of Hurricane Thought Process  who set bloggers the taslk of assembling a crack anti-apocalypse game character team based on a persoanlised scenario. My own team was assembled to survive rampaging diseased vampires, and I think it was a good effort despite not taking the crwon this month.

Looking Ahead to May

I’m currently playing through “Men in Black” for PS1; it’s one of the original two games I had for PS1 and a game that I never completed. Heck, it’s actually an interesting title for the time that’s liberally peppered with flaws, but when did a flawed game ever stop me enjoying something when I appreciate the concept.

Online a few of us have once again entered the world of 7 days to die, which is a game that we had a big spree on last year. We’ve acquired a new player and it’s nice to start again with a blank slate, especially as there have been some significant tweaks to the game since I last fired it up.

I’m also hoping… at some point to have another dinosaur themed streaming event. I managed to sort out the original Ocean Jurassic Park game a while back, but I’m not sure it’ll make for such entertaining watching as Trespasser did so I’m considering my options there.

That’s all for now! Happy May everyone!