… as I find myself in a post-Resident-Evil-2-Remake-World I’m floundering a little for another game to get stuck in to. The RE2Make has taken up a big chunk of my gaming enthusiasm recently from the pre-release streaming of the original, writing a number of Resi-Related pieces, and finally running through the various scenarios of the actual release. I think I’m at a point where I’m happy to put it down for a while; sure, I haven’t yet completed the 4th survivor, but for me that was never a big attraction (even on my well-worn disks of the original) and now I just don’t have the patience to work out the best strategy through each area looking for that elusive perfect run. So what now?

Well, it seems like a fitting coincidence that the wordsmiths of LaterLevels and LividLightning have announced that this is the official #LoveYourBacklog week 2019. It’s a week to embrace the unplayed titles on that ol’ waiting list in an effort to transform what is often considered a negative in to a celebration of your gaming passion.

… and I’m not saying that as a callous brag. The truth is that I used to get overwhelmed by all the titles sitting in my un-played pile; I was an ideal target candidate to wallow in this fantastic conceptual rebranding of the backlog from ‘bad’ to ‘good’. Then one day I just started taking unplayed games out of my “to-play” list. Perfectly good titles that I finally admitted had sat on a list of games for months or years that I was clearly just never going to get around to playing and I felt the pressure suddenly lift from my shoulders. It doesn’t mean that I don’t still own the games, or that the games have mystically now been played by myself, just that I had no intention of playing these games… and that was OK. I also made a vow to stop playing games that I wasn’t enjoying. Something that sounds obvious (particularly to non-gamers), but every gamer will know that it’s easier said than done. Once a game has been started, there is often an urge to work through the game and finish it even if you’re not having any fun doing it; being OK with just stopping was another important step in how I came to embrace my backlog.

Couple this with being a little more cautious during Steam Sale season and I’m left with a manageable backlog that I don’t mind having. Unfortunately none of this has helped in my current predicament as I still don’t know what I’m in the mood to play next.

I guess the one piece of advice that I could offer to anyone else struggling with their backlog echoes the thoughts of Lightning Ellen and Kim… but in my own words:

Make that backlog something that works for you. Don’t let it be a burden, let it be a treasure trove of things you’ve yet to experience.

… and to fully participate in #LoveYourBacklog week, here are the answer’s to those all important questions:

Game most likely never to be played: Scale

Scale is a game that I backed on Kick-Starter… well… sometime ago… it has the dubious distinction of being the most overdue game that I’ve ever backed on kick-Starter; I pledged originally sometime in 2013 with a slated delivery of late 2014, and I finally received an early access code for the game late 2018. It won me over with the ambitious yet novel gameplay mechanic of being able to re-scale various ingame items to solve puzzles. My gut feeling is that this proved to be a much bigger challenge than the developers imagined from their early concept work and the game was horrendously delayed (going entirely silent to the point that I thought it had dissolved at one point. I’m pretty sympathetic to the challenges of developing a game and certainly not naive when it comes to KS backing; it is in essence a donation with a vague notion that you might one day see the reward.

The problem is that I’m no longer really that intrigued by the concept, yet I can’t bring myself to remove it from the backlog because of how long I waited… so it’s kind of stuck there… in limbo.

Despite being polarising titles I really enjoyed TellTale’s Sam & Max games (particularly the final series), I think some of that was because I wasn’t familiar with Sam & Max before this point so I didn’t really have a yardstick to measure them by. In an effort to resolve this I picked up Sam & Max Hit the Road a few years ago on GoG with the vow to fix this … and just never found myself in the mood to actually play. I’m not sure if it is the shortest game in the backlog, but I doubt that it’s that long

I know what you’re screaming: “You’ve already played Skyrim VR!!!”… well, yes, I played for a few hours, enough to give some first impressions, but because I know how long and involved a game this is, I don’t really think I’ve begun to get to grips with it. It’s known to be epic and expansive and since donning that VR hat originally to give it a go, I just haven’t been that motivated to go back. The fantasy setting is one that I’ve never hugely embraced, so maybe I made the wrong choice when I picked it up and I should have gone with Fallout 4 VR… although I couldn’t stand the thought of putting myself through that amount of disappointment again. Despite all of this, Skyrim VR sits in the Backlog because I do… one day… intend on actually giving it a real run. 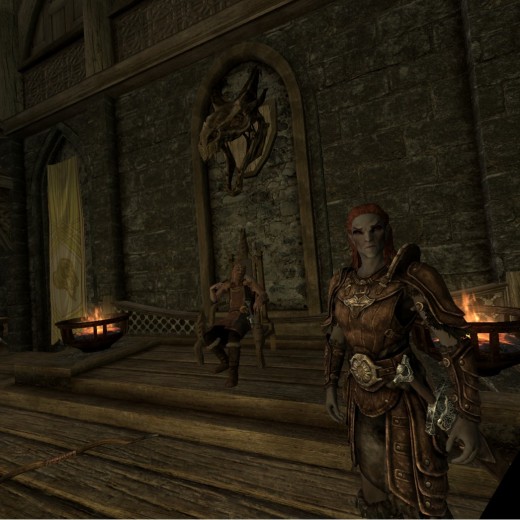 Game which has spent the most time on the backlog: Telltale’s Guardian of the Galaxies

Despite not being everyone’s cup of tea, I generally approved of TellTale’s approach to game making, so I was a little disappointed to hear about their collapse… especially considering they’d not long announced The Wolf Amongst Us 2! Once again, Guardian’s of the Galaxy is a game that I’ve played some of; specifically the first 3 episodes… but I’ve yet to finish it, and no it’s gotten to the stage that I’d need to go back and play these episodes again to know exactly what’s going on in the story because I get this plot mixed up with that of the movies.

The person responsible for adding the most entries to your backlog: Me

Unsurprisingly I’m the worst culprit when it comes to adding games to my own backlog. I’m almost continually making bookmarks, notes, and mental reminders to check out games. I literally added the entirety of the games made under the banner of “Jurassic Park” to my own backlog in a vague attempt to play them all without having made any headway on that front for some time … I really should play another one soon!

9 thoughts on “Backlog: Embracing the Beast”