With the 18th of December upon us it’s time to sit back and take stock of the games I’ve played this year to pick a top 5. Long time followers will know that my own ‘Top 5 of the Year‘ is picked from a list of games that I’ve played for the first time this year rather than necessarily being released in 2019. This self-imposed rule set has thinned out my choices this year because, if nothing else, 2019 was characterised for me by retro-revisitings, or specifically the original Resident Evil 2.

My desire to revisit the original before taking on the remake led to an interest in the obscure unreleased games in the series, the different versions of the 2nd game, an overdue exploration of the director’s cut of the original and Code: Veronica, along with that self-designed marathon to really fully explore and rediscover the game that is responsible for such a big part of my gaming enthusiasm today. Couple this with the rediscovery of my PS2 games collection that involved replaying games such as TimeSplitters2, SSX3, and Silent Hill 2, and maybe it’s clear why my ‘New’ games played this year list is so small. It only totals 20 games compared to the 44 of 2018.

… and that’s not even considering personal events that have reduced my gameplay time somewhat….

Despite the slim numbers it has been a tricky decision to whittle it down to just a Top 5 and as always there are a few contenders that I couldn’t bring myself to entirely skip over without a word or two, so before hitting the actual countdown, here are the honourable mentions:

When my wife an I couch-co-oped this earlier in the year we had a great time… then I sat down to blog about it… then I stood back up again because I just couldn’t write anything about it. Yoshi’s Crafted World is a polished, fun, platformer that packs in absolutely as much charm as you might expect from a Yoshi game set in a papercraft world. It is great… but that’s kind of ‘it’. Sure, I guess I’m not the target audience for a cutesy super-forgiving platformer, but generally this game characterises Nintendo’s current risk-aversion to their core IP’s. The games they’re putting out are of the normal top-notch standard, but somehow fail to push the boundaries of the genres that they defined themselves. In short Yoshi’s Crafted World gets a solid recommendation, but just doesn’t shine enough to warrant a place on this year’s top 5.

Our sporadic Wednesday evening gaming group are perpetually on the look out for something that will rekindle the infatuation we had with Left4Dead several years ago. Personally I’m waiting for the sequel to ‘No More Room in Hell‘, but this year’s World War Z co-op zombie shooter managed to capture just enough of that Left4Dead magic… well, who am I kidding, essentially ripped off the entire concept… to hold our attention and provide some of that fun squad based horde shooting that we’d been after.

That’s the honourable mentions taken care of, so let’s raise the curtain on the main event and get on with Hundstrasse’s Top 5 of 2019:

I generally only embark upon one or two open world romps each year, and with my reduced 2019 playset Sunset Overdrive filled that spot unopposed. Luckily I thoroughly enjoyed the time I spent doing ludicrous grinds, melee smashing, and gunning down those fizzed up mutants all infront of the sundrenched idyllic backdrop of some futuristic coastal metropolis. Looking back it was the fluidity of gameplay that held my attention for so long; sometimes all I’m looking for in a game is to get lost in the flow of it, and Sunset Overdrive performed that task superbly whilst being goofy and over the top enough to appeal to my own sense of humour. It’s not a game that’s likely to win any prizes for sophistication, but I think any attempt to add depth would have ruined the entire experience. It’s pure escapism.

VR is still hunting for that illusive golden raccoon, but until then we have been given some delightful experiences and games. Admittedly I was a little late to this particular shindig, but Beat Sabre manages to turn standing in your lounge, wafting your arms around frantically, in to one of the coolest most satisfyingly, visceral, VR experiences to date. Hacking your way in time to the neat through scores of neon gilded cubes with your dual wielded light sabres is a stunning example of a simple idea done right. 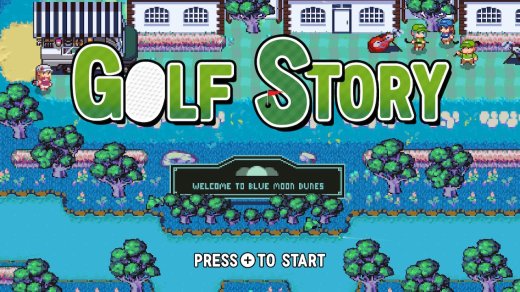 Who knew that a blend of RPG visuals, 16-bit golf sim, and the story of a once promising golfer just trying to make it on to the pro-tour would prove to be such a captivating experience. Golf Story held my attention, from a charming and cute point of view, but crucially manages to be a surprisingly fun and involved (if fairly fantastic) golf game which kept me playing for some time after the end credits rolled. 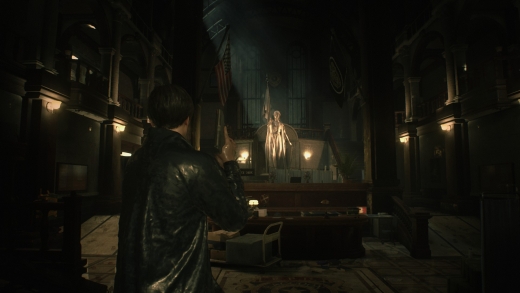 I’ve been back and forth on putting this in either the no. 2 or no. 1 spot and ultimately I just think that this year that crown belongs elsewhere. Click on the link above to read my more in depth thoughts about the RE2Make, but needless to say, as such a big fan of the original I’m almost always going to be its harshest critic. The RE2make manages to beautifully re-imagine the locations and the feel of the Raccoon City outbreak and that infamous police station and provide a thrilling and captivating experience that I spent a hefty chunk of playtime exploring. Sadly the RE2 fanatic that I am managed to find a few threads of dissatisfaction to tug at. Many of these revolve around the latter stages of the game and the more time I’ve had to reflect on it the more I’m sad that the developers didn’t take this opportunity to really interweave the A & B scenarios. Rather than cultivate the seeds of this idea that were sewn in the original the RE2make steps back from linking the adventure of Leon and Claire which leaves some jarring inconsistencies.

Setting that aside however, this RE2make certainly did justice to how I felt the first time I played Resident Evil 2 on the PS1 and the fact that it has drawn a new fanbase to the series is a pleasing thought.

Oooohhhh.. yes, I know, you’re all shouting at your monitors right now, but you know what, I have spent more time with Apex Legends than any other game this year and despite not being very good at it, the play-loop is supremely satisfying even after all these months. I went in expecting another PU:BG clone, and instead I found a balanced and intelligent FPS experience where each element has been meticulously weighed and measured to ensure that players can approach combat in a variety of ways whilst never handing the advantage directly to one tactic over another. The fast pace and use of vertical space has echoes of Quake III arena which is something that I’ve been waiting for ever since the FPS genre traded these for the murky browns and sluggish gameplay of the modern military shooter. It’s a game that I’ve returned to again and again in 2019 and hopefully it’s own brand of Battle Royale combat will stick around and inspire others in the same spirit.

So there you have it, my 2019 top 5. Maybe not as hotly battled as previous years, but for completeness here is the entire list of games that I chose from this year: