Any of my regular followers who are so committed to the cause that they’ve also ventured to follow me on Twitter may have noticed sporadic postings in shaky phonecam footage of a curious little device known as an Arduboy. This credit-card sized GameBoy inspired curio is powered by that staple of the maker community, the Arduino, neatly packaged together with a sharp 1-bit 128×64 OLED display, 4 directional buttons, and 2 action buttons. It was a guilty impulse purchase sometime around October last year, and I wandered into it without holding out much hope that I’d get around to making anything worth releasing. I was initially drawn in by the promise of constraints, which is a strange pull, but I’ve often been amazed at how programmers for early systems were able to squeeze so much out of some very limited hardware (This article about the original Zelda is a great example). The Arduboy is a neat re-imagining of these early restrictions: A screen where each pixel can only be either on or off; The bare essentials of controls; and strict limitations on processing power, memory, and storage. The game making community has risen to this challenge with a wide range of neat offerings showing off just what can be done within about fixed envelope; the excellent Team-ARG and Jonathan Holmes (check out ‘Circuit Dude’) are just a couple of examples from the dedicated programmers who have adopted this little system. END_OF_DOCUMENT_TOKEN_TO_BE_REPLACED

In my last ramble outing regarding the upward moving deceased, Pine717 (Who incidentally runs a tight ship over at ‘The Maximum Utmost‘) jumped into the comments box in defence of the Boss fights of that particular title. Pine717 countered that, whilst relentless, the point was to prepare well, study the attack, and make good use of the brief openings when they appeared (feel free to correct me if I’ve paraphrased poorly). Discussion is one of the best parts about blogging and I always appreciate being spun around to face something from a different angle; the comment rattled around in my head, and I began to wonder what I looked for in a good Boss fight…  END_OF_DOCUMENT_TOKEN_TO_BE_REPLACED

…kick off your shoes, grab some kind of vessel full to the brim of your favourite beverage, order takeout food, and fire up *INSERT READER’S FAVOURITE GAME OF PAST GENERATIONS HERE*…

A nostalgic gaming session is all about reliving the emotions from the first time that you fired up a retro-classic from your own personal library of seminal games. The blank screen melts away to reveal the game’s title, you hit start, the familiar opening scenes play out, and your hands instinctively slip into some comfortable, deeply programmed, position removing the barrier between your consciousness and the onscreen action. You know where to go, how to deal with obstacles, and the best way to tackle each situation… 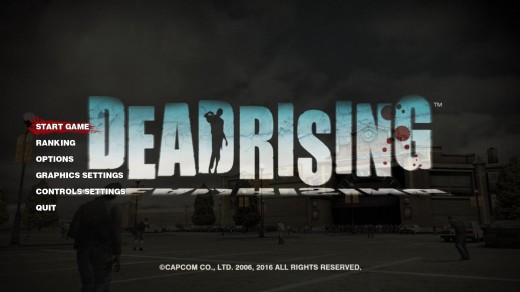 END_OF_DOCUMENT_TOKEN_TO_BE_REPLACED

It may be bad form, but I’m opening with a tangent; I’ve always had a ‘thing’ about zooming in and snooping around whenever a game asks you to take a more ‘deitesque’ approach to gameplay. ‘Cities: Skylines’ made my list of ‘Best Games I played in 2015‘ and whilst I didn’t admit it at the time, had the zoom option been absent (or more likely my scroll wheel broken) I would want to circle back past that year’s offerings carefully when weighing up if I should retain Paradox Interactive’s embarrassingly superior homage to Sim City on that particular register. Just hovering, formless, over a street corner, the street lights gently glowing, the wind in trees mixing playfully with the distant traffic noise, watching those late commuters returning to their virtual homes; it is captivating. The same was true of the mostly forgotten Atari STe title, ‘Prince’, (in the bundled ‘Entertainment’ pack) which, past some truly epic title music, was for me an exercise in zooming in and marvelling at the various pixel sprite villages strewn over this medieval battleground before my army was overrun and I was forced to start again. The delicately pieced together tiles that make up the kingdom of ‘Armello’ have that same ‘cosy’ quality, and with that as my kicking off point, the rest of the game isn’t too shabby either.

END_OF_DOCUMENT_TOKEN_TO_BE_REPLACED

The perpetual testing initiative was a clever slice of free post-launch DLC for ‘Portal 2’ released in 2012 with this cute aperture science video/octopus to go with it. In its least fanfare presented way, it is a level editor, aimed at allowing any user to quickly an intuitively create ‘Portal 2’ test chambers, publish them to the steam workshop system, and easily subscribe to others. Yes, Valve had previously released a full dev kit for Portal (and if you want to see an excellent community made mod then check out Portal Stories: Mel), but this was all about the normal person with that spark of “oh, this would be a really interesting level” about them, but not the time to invest in learning a complicated developer environment… in a roundabout way I’m trying to say that I’m their target audience. END_OF_DOCUMENT_TOKEN_TO_BE_REPLACED

I’m going to start off with a controversial confession – it could change the entire way you read the rest of this post.. ready?… ok… I pronounce it “Eco the Dolphin”, not the more popular (and undoubtedly correct) “Echo the Dolphin”. *Sigh*, I’ve been carrying that burden for too long…

END_OF_DOCUMENT_TOKEN_TO_BE_REPLACED

… the worst part is that I know this post may be controversial. I strive for a simple life avoiding conflict, sensationalism, and internet rage so I’m going to don my best pair of ninja shoes to carefully navigate this subject and hopefully deal with a game beloved by many in a respectful way.

Resident Evil 4 is not a bad game; it’s just not the game I wanted it to be.

END_OF_DOCUMENT_TOKEN_TO_BE_REPLACED

The hyper-clean, polished, white, glass & steel office building that constitutes Infra’s opening sends out a clear message; modern civilization is entirely dependent on the smooth running of the underlying infrastructure. When you turn on a tap, water flows; and there is barely a thought of the collection, purification, pumping, piping and drainage needed…  Until it goes wrong.

‘Infra’ puts the player in the shoes of a gravely voiced structural engineer with a bizarrely maverick attitude (most vocations have ‘mavericks’ – just something fun to think about when the guy comes to read the gas meter; he could be the one that the rest of the office consider to be the ‘maverick’) and an extremely power hungry digital camera. You’re sent on a sightseeing tour of Stalburg’s crumbling infrastructure to document, assess and in some cases simply survive this decaying underworld. This is all played out over a backdrop of the city falling apart and a conspiracy brewing; centred around the man procuring these utilities.

END_OF_DOCUMENT_TOKEN_TO_BE_REPLACED

I’ve started and scrapped different versions of this post many times; the one thing I can say for absolute certainty is that whilst I want to write a hardware review of Valve’s curious gizmo the ‘Steam Link’, it is inherently a dull thing to write about. I’m going to sidestep the default conclusion that I simply don’t possess the ‘blogging flair’ (or writing wizardry) to make a dry subject interesting for two reasons: firstly I’m not one to back away from a challenge, and secondly because the dullness of the ‘Steam Link’ is largely the result of it being such an ‘obvious’ piece of hardware for Valve to release.

As 2015 drew to a close, we were finally granted permission to see the first publicly accessible iterations of the hardware side of Valve’s bid to capture our couch gaming hours in addition to our desk based ones. These hardware developments go hand in hand with the software side of things (also nominally a trio of ideas). The software consists of ‘Steam OS’, ‘Big Picture Mode’, and ‘In-Home Streaming’ whilst the hardware features ‘Steam Machines’, ‘The Steam Controller’, and ‘Steam Link’. This self-imposed literary wrestling match I’m currently involved in is largely the result of having received a Steam Link for Christmas as a gift from my partner (much better than Valve’s xmas gift to us of someone else’s account details), but maybe contextually it’s also appropriate to write about it at the start of 2016. Valve are savvy enough not to expect overnight miracles, but the uptake of these new features will no doubt be scrutinised at the end of the full year cycle and in this respect 2016 could be pivotal in the future direction of Valve’s brand of PC gaming.

END_OF_DOCUMENT_TOKEN_TO_BE_REPLACED

The Ark; some forgotten pinnacle of rock, crowned by the windmill and peppered with structures from a seemingly forsaken society.  The snow gently falls…  This is your arena in Fox Rogers’ current Kickstarter pitch, a lovingly crafted monochromatic world into which 2 players will be dropped, yet only 1 will survive.

I’ve thrown some money at the pitch, and not just because it has a windmill (although if someone ever made a game called “Windmills and Lighthouses: It’s going to be emotional”  I’d probably just let them be a signatory on my bank account) It caught my attention for a few reasons, but before that, I’m going to be a little cold and clinical and outline what the pitch reveals.
END_OF_DOCUMENT_TOKEN_TO_BE_REPLACED