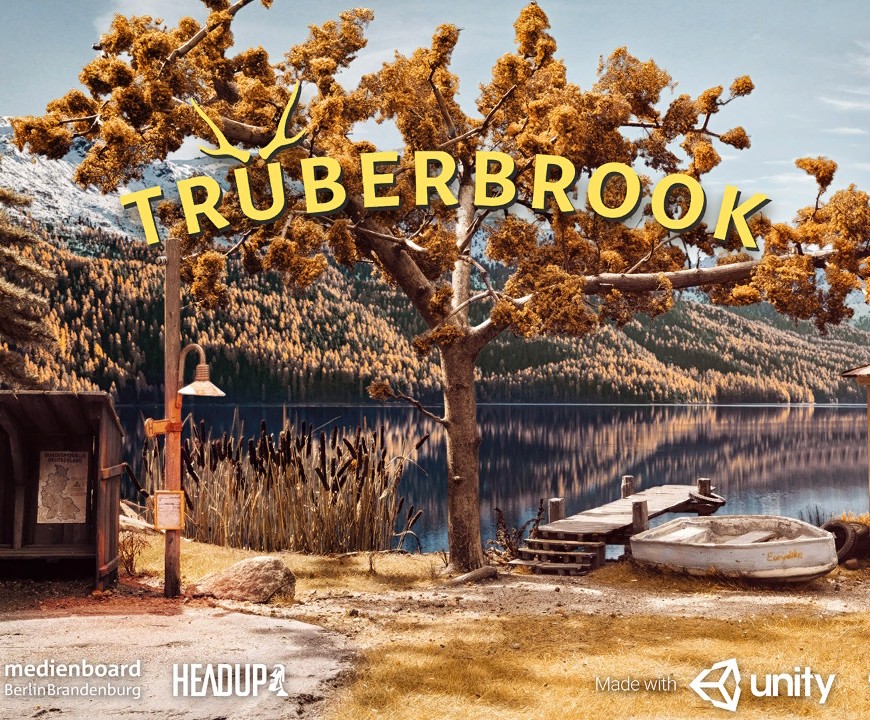 Point-n-clicks are one of those genres that has found a home in the arms of small and indie developers. Whilst mainstream triple-A releases focus on increasing levels of action and frame-rate, the humble PnC offers gamers something at a more sedate pace which I almost completely ignored growing up only to uncover their charms when I was a little older; and there’s a lot for me to like about PnC’s give my gaming tastes. One of the reasons I enjoy classic survival horror is that feeling of exploring, unravelling and gradually unlocking an area which a good PnC encapsulates. I also enjoy a good story and that certain brand of gaming where you don’t need to have twitch reflexes to play.

It was with this thirst for a story and world to explore that I picked up Trüberbrook, a PnC adventure that drops the player in to the scuffed shoes of a Quantum Physicist, Hans Tannhauser. Arriving in the small remote German village of Trüberbrook in the 1960’s, under the unquestioned circumstance of having won a competition that he didn’t enter, Tannhauser is drawn in to the mysterious local activities of the Millennium Corporation and ends up saving our reality. The visuals, made up of hand crafted model shots, are probably the most immediate draw with its intricate diorama-like presentation and an almost claymation quality to the onscreen cast of quirky characters. Regular readers will know that ‘small town mysterious events‘ and ‘diorama-like‘ are two of my triggers to an almost instant purchase, so it seemed like I was on to a winning formula already. END_OF_DOCUMENT_TOKEN_TO_BE_REPLACED

The backstory is set; characters parade out one-by-one, each with their own motives and shady affiliations; the intrepid detective studies the clues and picks apart alibis; a red herring; summation and accusation. A master of the detective story, Agatha Christie had this formula perfected and, alongside the escapades of a certain Baker Street dwelling detective, our well thumbed copy of the adventures of Hercule Poirot is a favourite of mine. There’s a comforting completeness to the story: the mystery is laid out, we get to see all the clues, and finally the pieces are all put together. Unfortunately, satisfying translations of this premise to video-game form are few and far between. Sure, there are some good attempts; LA Noire and Sherlock Holmes: Crimes and Punishments all take a crack at the detective formula in a more interactive setting, but inevitably the story tends to linearity (or very limited outcomes) largely because of the implausibly large number of permutations that even a few small decisions can produce. It’s impossible to give the player entirely free reign of the deductions, dialogue, or direction of the story, so we’re guided down specific paths inevitably meaning that sign-posting of the correct solution becomes painfully obvious. END_OF_DOCUMENT_TOKEN_TO_BE_REPLACED 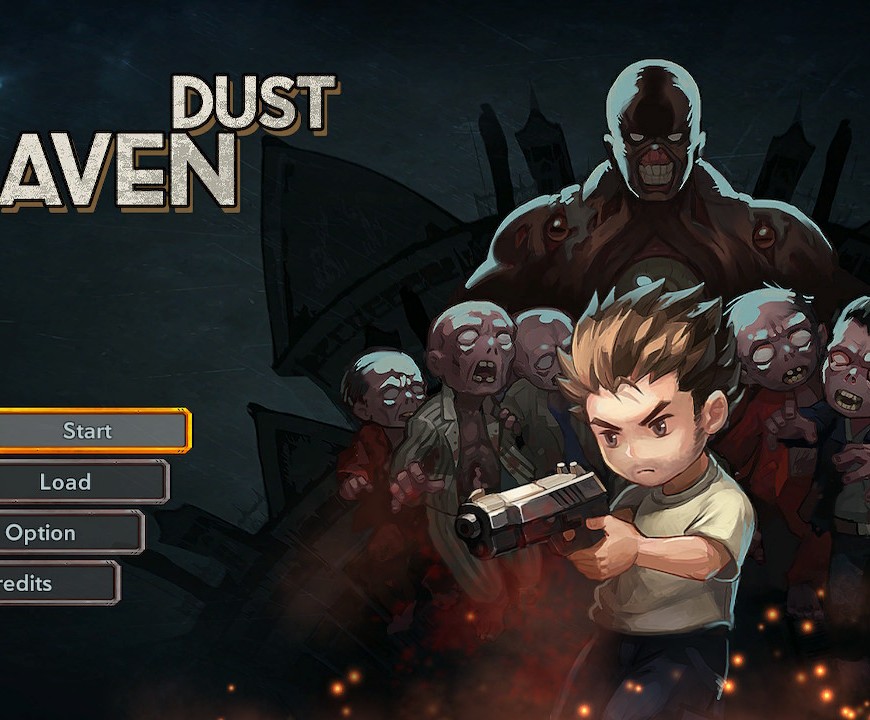 ‘Heaven Dust’ is a game that makes me smile. It’s a game made by fans. Not just any fans; fans after my own heart, whose affection for the original Resident Evil games shines through in every polygon. Some twenty-x years after Capcom’s seminal survival horror hit the scene, this tribute made by ‘One Gruel Studio’ manages to hit all the right notes needed to evoke the feel of that first tentative shuffle through the Spencer Estate whilst still doing it in a new and distinctive style. Given how much the series has evolved and diverged, there’s something refreshing about a game that rewinds time back to what hooked-us in the first place.

…oh, I’m sorry, you wanted an objective review?? Nope.. none of that here thank-you very much…

Of course this type of thing is so in my wheelhouse that it’s basically an oak panelled part of the decor, but I ended up playing it mostly by chance after some fortunate browsing of the Switch store. In recent months, the Switch has become a staple gaming platform for me and I’m perpetually on the lookout for new releases that are compatible with my commute. ‘Heaven Dust’ was a delightfully stumbled upon discovery that has appeared on the store in the past few weeks and fills the super-niche of being a great choice for anyone who wants to play ‘Resident Evil’ on the go, but wants something just a little more causal than just playing ‘Resident Evil’ on the go*. END_OF_DOCUMENT_TOKEN_TO_BE_REPLACED 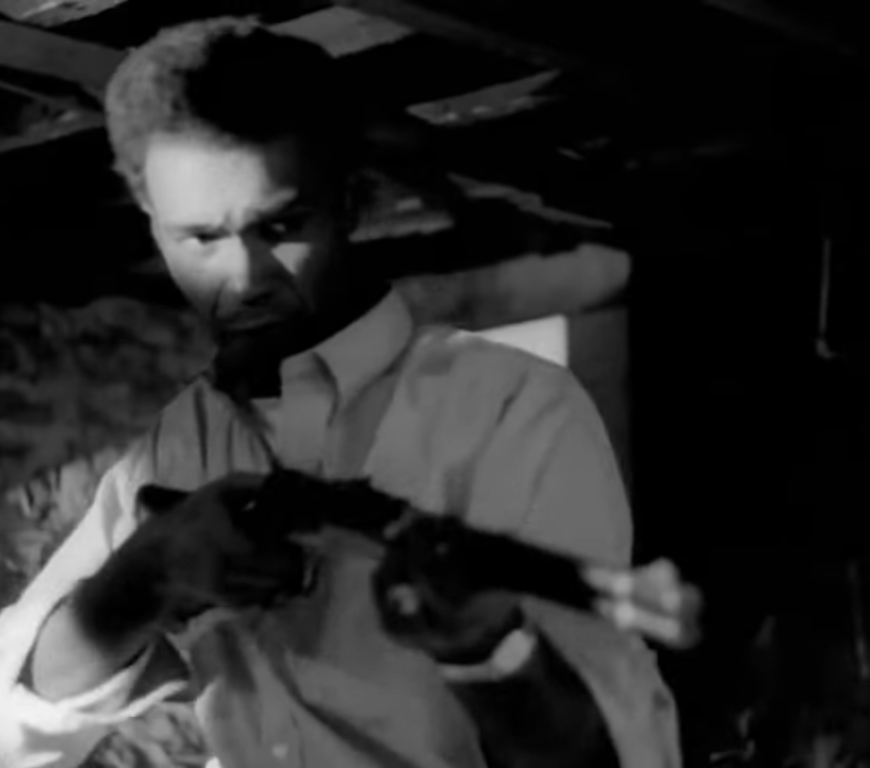 A few weeks ago I had a hankering to revisit the films of the late, great, George A. Romero; specifically his two Zombie masterpieces: ‘Night of the Living Dead’ (1968) and ‘Dawn of the Dead’ (1978). I have very few film buff credentials (being more of a casual absorber of the silver screen), but even I know that these two films arguably defined the zombie genre cementing Romero in history as the undisputed zombie master. They created lore, established tropes, and even their production carried some legendary stories such as Romero himself grabbing the reels as soon as editing on NotLD finished and scouting movie theatres for somewhere that would agree to screen it.

Sadly Romero passed away in 2017. It wasn’t only a loss for the world of cinema, but for the gaming world too. At the time I reflected that every zombie themed game could trace its roots to the work of Romero, either directly or indirectly. My own teenage interest in Resident Evil 2 led me to his films and, whilst to the outside observer his work could be dismissed as decadent gore for the sake of it, the themes he set up are what makes the zombie genre (and zombie apocalypse) so grotesquely captivating. Having revisited the films, it seems like a good moment to stack up how the gentle torrent of zombie themed games that erupted in the 90’s stacks up against Romero’s original work; in short, are we playing the zombie apocalypse in the way George A. Romero imagined it? END_OF_DOCUMENT_TOKEN_TO_BE_REPLACED

No Blog Posts, No Tweets, No Random Sonic the Hedgehog Doodles… I bet you’re all wondering what’s going on over here at Hundstrasse.com??  Well, the good news is that I’m writing this now so there’s no need to keep fiddling with the rabbit ears on top of your set; not that analogue TV has been a ‘thing’ for years now, nor do I have a … END_OF_DOCUMENT_TOKEN_TO_BE_REPLACED

Hey! How’s it going you July people? All good out there in Someplaceville? If you’re a sunshine-type person then I hope you’re out there enjoying the good weather, or if you’re like me then I hope you’re safely locked indoors away from all that pollen and we can collectively hope to get a few good storms out of the humidity. Either way it’s July already, … END_OF_DOCUMENT_TOKEN_TO_BE_REPLACED 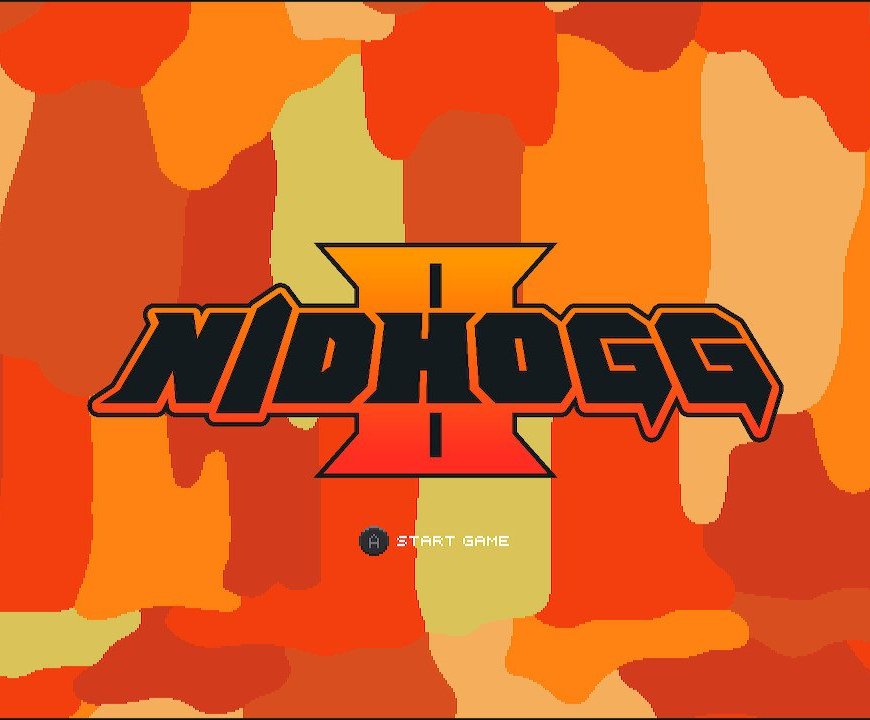 …with a deft flick of your wrist the tip of your rapier neatly disarms your opponent. They stand. Stunned for a second before you run then through, their body hanging momentarily from your sword, dripping purple. Then they crumple to the ground and you run. That was the last hurdle. All glory is yours… you are consumed by the Nidhogg in triumph…

In a moment of impulsiveness over the festive break, I picked up Nidhogg II for the Switch. I own the original for PC and it is the sort of game that can be quickly wheeled out at a gathering for some fast multiplayer action if called upon. Given that the Switch is now our portable gaming unit of choice, picking up the sequel on that platform (with it’s handily built-in multiple controllers) seemed like a great way to both try it out and convince my friends to drop in for a round or two at some opportune moment. The concept and gameplay of the two titles are very similar, so for the uninitiated it works like this: END_OF_DOCUMENT_TOKEN_TO_BE_REPLACED

… And another great big “Haloooo” to everyone out there, it’s time for the Hundstrasse monthly editorial… *Plays Theme Music* I hope everyone had a great Halloween whatever you got up to? As I mentioned last month, Halloween hasn’t ever really been a big deal for me growing up, but one tradition has manifested itself over the years and that is the Halloween evening family … END_OF_DOCUMENT_TOKEN_TO_BE_REPLACED 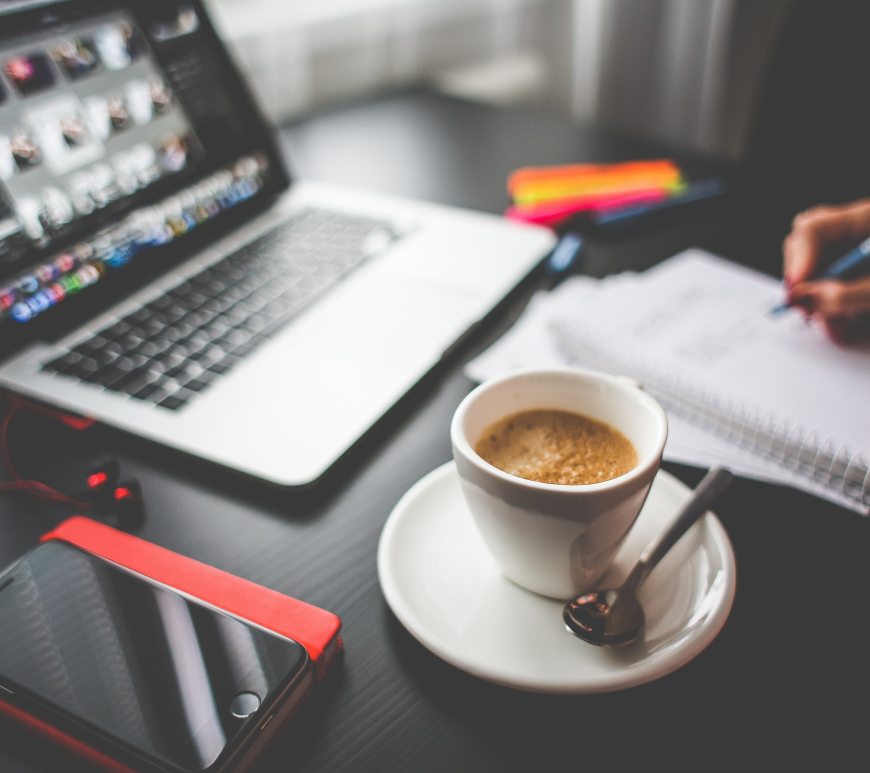 It’s been a turbulent few weeks for Rockstar studios; the release of their latest open world behemoth overshadowed by the issue of studio crunch once more being the focus of widespread discussion and confusion in the preceding weeks. The waters were muddied by internet commentators on all sides of the debate shouting down the opinions of others with their own and the situation at Rockstar itself rapidly evolving as they went in to all out damage control seeing the potential hit to day-one sales looming.

Holding my hands up, I can’t offer any further insight here, after-all I’m just a consumer and have started this particular piece a few times as the situation morphed before giving up and just waiting for the dust to settle. It feels like we’re at a point now where I can at least safely write some kind of post about it all, but given the complexity of the issue it’s difficult to even know what it is that I want to say. END_OF_DOCUMENT_TOKEN_TO_BE_REPLACED

Wow, it’s really not been that long since I last wrote an editorial thanks to my poor “time-management” in September and weirder still is that we’re already in October… or as the internet calls it “The Month of Halloween!”

Yes, Twitter and the various fantastic blogs I read are already firing up their pumpkins and kicking the spookfest into overdrive in anticipation of that chilling spectacular that occurs on or around the 31st of the month. Here in the UK of course we’re always a little behind the latest trends so it’s no surprise that when I was growing up Halloween wasn’t the event that it is now. As an adult I’m bemused slightly by the spectacle that this monstrous month seems to have on my friends across the Atlantic… especially as I’m usually more excited by the prospect of Guy Fawkes night that occurs a few days later. END_OF_DOCUMENT_TOKEN_TO_BE_REPLACED