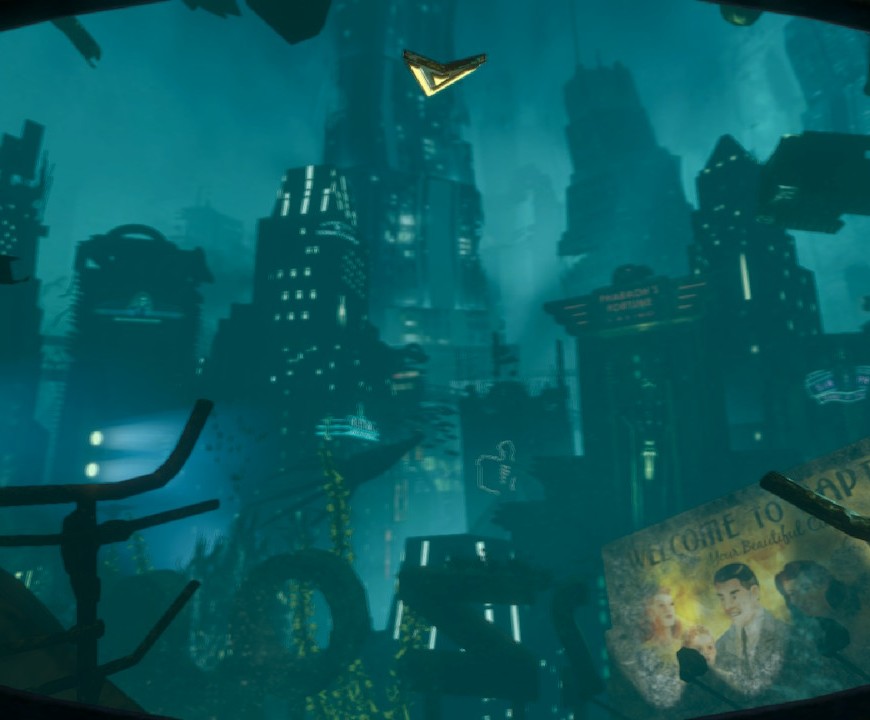 Warning! Contain Spoilers for Bioshock 2 and the DLC ‘Minerva’s Den’

The City of Rapture is easily one of my favourite game settings. That art-deco undersea metropolis not only provides a unique backdrop for some fine first-person horror, but is inexorably linked to the plot through the vision of Andrew Ryan, its in-game conceptual architect. I like this setting so much that I’ve revisited Bioshock several times in the past few years, and replayed Bioshock Infinite an equal number of times to justify replaying the ‘Burial at Sea’ DLC in order to get back to the vistas of Rapture.

However, until earlier this year, I had never completed Bioshock 2. There was a failed attempt to play it a few years ago which petered out a couple of hours in and left me generally poorly disposed to this oft overlooked child in the Bioshock Trilogy. I think there were key barriers to me wanting to pick it up again. Firstly, without the original team at the helm, I wondered just how good that sequel outing under the sea would really be, and secondly, I didn’t want to play as a Big Daddy. Sure, they make a great imposing ingame element, but the lumbering sections imitating a Daddy towards the end of the first game certainly didn’t warm me to the concept. Plus there is an undoubted emphasis on melee combat, something that I tend to avoid in first person titles, which I ultimately ignored in favour of firearms. That being said, the draw of rapture is strong, and one of the biggest plus points about leaky-corridor-simulator 2 is that there is indeed more Rapture to discover here. So, I hung up my misgivings, greased myself up, and slid in to an oversized diving suit to give it another shot.

END_OF_DOCUMENT_TOKEN_TO_BE_REPLACED 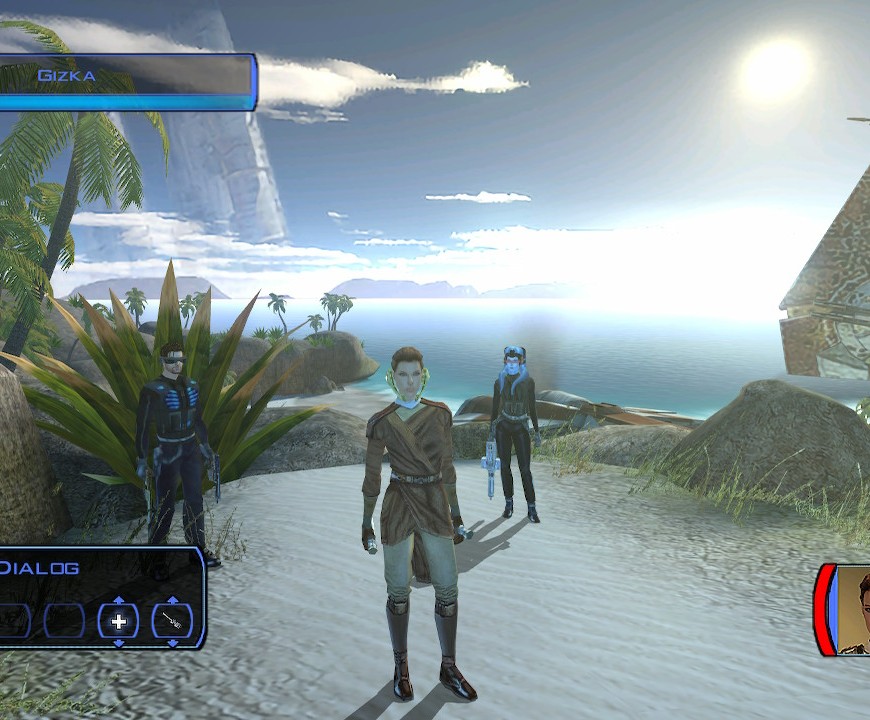 At some point over the past year, I played two seemingly unconnected games: The first was Red Dead Redemption 2, courtesy of a loaned PS4, and the second was the re-release of Knights of the Old Republic on Switch. Superficially there doesn’t seem to be much connecting them, aside from each carrying a useful and thankfully short acronym to assist in blogging, however both are… at least at the time of their original release… considered to be ‘Open World Games’. Both allow the player to freely explore the game world, both present a core narrative to follow whilst allowing for optional side-quests ,and both contain RPG elements such as character progression, trading, and building a supporting team of NPC puppets. The main difference of course is that RDR2 was released some 15 years after KotOR (Dang, those are convenient acronyms).

… And at this point I guess I should give a little more flavour as to why I chose to play these games. RDR2 was a no-brainer once a PS4 had arrived in the house; I love a rooting-tooting wild west romp, and RDR2 is about as rooty-tooty-rompy as wild west games get. By contrast, I’m a fairly average on the Star-Wars-Fan-O-Meter and my turn offs include turn based combat. But it was on sale, and I’d heard good things, so I decided to pick it up.

END_OF_DOCUMENT_TOKEN_TO_BE_REPLACED 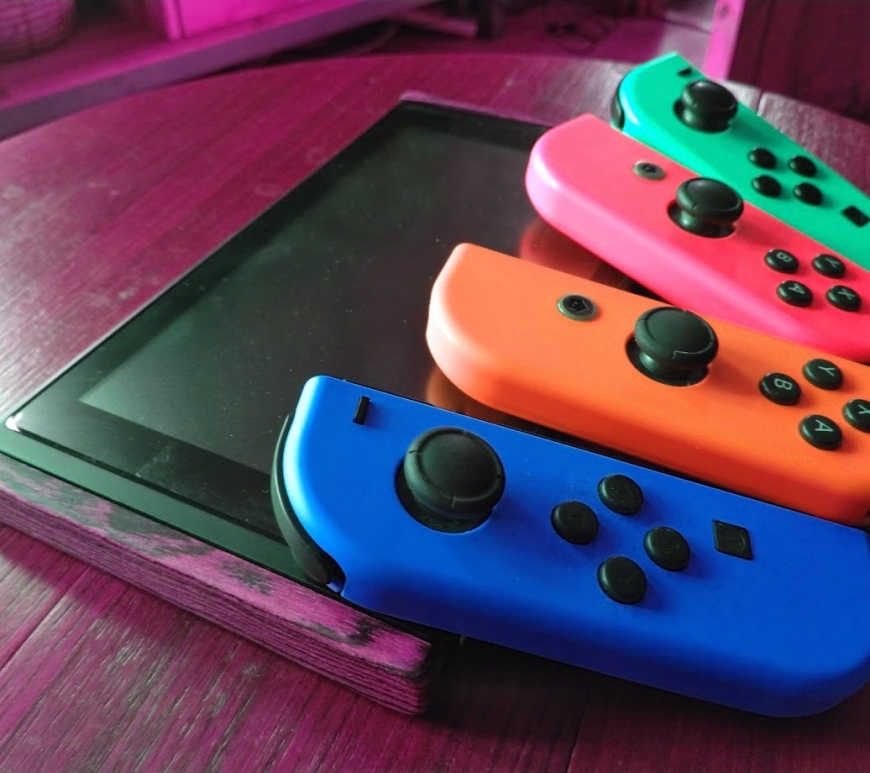 Addressing the elephant in the room; yes, I’m one of those people who mostly plays their Switch in docked mode. So much, that the idea of a ‘Switch Home’ non-portable version, which started as a Twitter joke, to compliment the Switch Lite ‘portable only’ console is starting to sound pretty good. Especially if ol’Ninty offered seamless sync between Switch devices and a highly compact home … END_OF_DOCUMENT_TOKEN_TO_BE_REPLACED

Having covered the best revisits of the year in my last post, it’s time for the main event… As each year draws to a close myself and every other gaming blogger (I assume) fall under some strange late-December trance and are compelled to make a list detailing their top games of the year. In an attempt to simultaneously be a little different and hide the … END_OF_DOCUMENT_TOKEN_TO_BE_REPLACED

It’s been a strange year… arguably the only constant has been the consistency with which myself and other bloggers seem to begin articles with the phrase “It’s been a strange year”… but you know, it has… I’ve mentioned it before, but part of that strangeness has manifested with me turning to Nintendo’s little-console-that-could, the Switch, as my primary source of gaming. In some ways that … END_OF_DOCUMENT_TOKEN_TO_BE_REPLACED

I’d be lying if I said that my recent interest in Overwatch wasn’t a hankering for some of the ‘Good ol’ Days’ I spent hanging around TF2 servers. In recent years, my online FPS playing has been a gentle mix of squad based co-op and the unavoidable Battle Royale invasion, but those days of chipping away or digging in against the desert backdrop of Dustbowl have never really been matched in terms of smooth and direct team based combat. Enter the super-new and latest release of “Overwatch”… erm… ok, so I’m late to the party here, but in my defence it was only a few weeks ago that there was a free Overwatch event on Switch which meant that I finally decided to try Blizzard’s class based team shooter. The hours I spent with it that week, and the subsequent attractive sale price, coerced me in to dipping in to my PayPal funds to spring for it.

END_OF_DOCUMENT_TOKEN_TO_BE_REPLACED 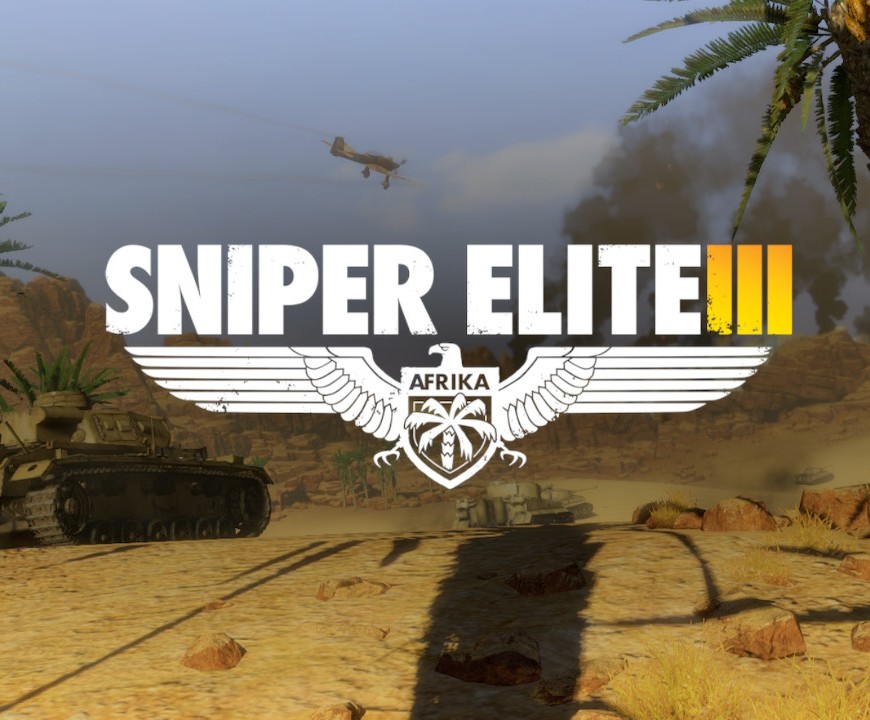 I mean, I assume that’s the general gist of the game. I wasn’t paying too much attention; oh, and you have to shoot nazis because it’s WW2 times, except in Africa which is slightly different to all the other WW2 times games that involve shooting nazis in mainland Europe. The problem is that, despite the amount of sarcasm that I’ve jam-packed in to that opening few sentences, I’ve sunk a fair few hours in to ‘Distance-Shooty-Number-3″ which probably says more about my current state of gaming than being a reflection on the game’s quality… and for the record, if spending all your ingame time crouched to the point that your back starts to sympathetically ache is something you enjoy, then knock yourself out because there’s kind of nothing seriously wrong with Sniper Elite III, it’s just that I’m struggling to tease out what qualities made it worthy of the hours I’ve personally played it for.

END_OF_DOCUMENT_TOKEN_TO_BE_REPLACED

Call me childish, but there’s a small part of me still smirking at playing ‘Night Trap’ on Switch; a game that Nintendo’s North American President once said would “never appear on a Nintendo System”. Even stepping away from that, it’s clear that the game wears the controversy that surrounded its original release like some robe of state and that without the original drama it’s fairly questionable that it would have received a 25th anniversary re-release. Now, I know that it’s a title that has an unquestionably vast library of opinion pieces, critical breakdowns, and impact articles already associated with its name, but now that I’ve finally experienced the game myself, something that my eight year old self would have been super jealous of having seen those futuristic FMV graphics splashed across the pages of Mean Machines Sega, it’s a good moment to throw out my own views on the controversy surrounding it and how it actually stacks up as a game.

Night Trap is one of those titles where the events surrounding it are at least as (if not more so) interesting as the game itself. Graphics are mainly comprised of live action FMV video that is cut and changes depending on your actions as a player and represents that weird time when CD based games were young. With this new physical format developers were presented with a vast amount of storage space compared to the cartridges that they may have been used to, and like all new tech, they didn’t seem to quite know what to do with it. Thus games like ‘Night Trap’ were born, and for a brief instant were going to be the direction that all games were going; real actors in live action video where the player gently influences the actions in something more like an interactive movie than a traditional game. It was released on the MegaCD (or Sega CD), Sega’s CD drive add-on for that 16-bit blast-processing fuelled monster the Mega Drive (… sigh… or Genesis), in 1992 at arguably the height of Sega’s presence in the home console market on a system that was at the time one of the more widespread CD based platforms. This relatively high level of exposure to the general public arguably led to what happened next, but the twist is that this game was originally meant for a completely different (and more primitive) technology.

END_OF_DOCUMENT_TOKEN_TO_BE_REPLACED 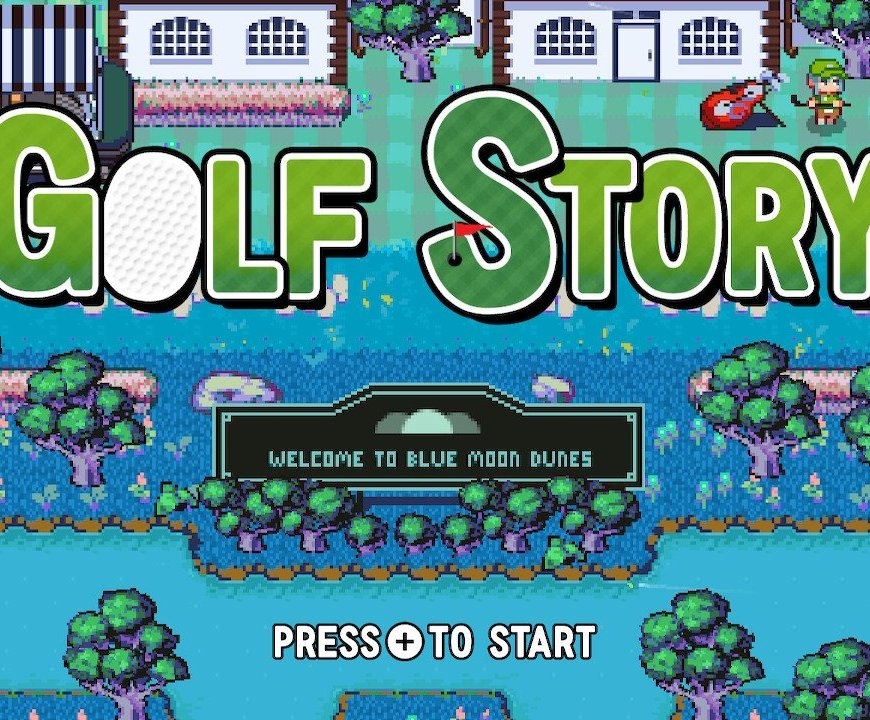 If you’ve been paying attention then you’ll know that I’ve been looking for games where it doesn’t necessarily matter if you suddenly have to putt the controller down and you can absorb just as easily in tiny slices as well as a great big drive for completion. A little birdie told me that, being essentially turn-based affairs, golf games are a pretty on-par choice that ticks these boxes. Having said that, I’m a fair-way off being considered a golf fan, to the point that I would be considered pretty green when it comes to the rules and nuance of the game. It just so happens that Golf Story had been on my radar for a while; the hook (or draw) here being that it’s all framed in the context of a 16-bit RPG – stroke of genius if you ask me – with the protagonist being introduced as a child cultivating dreams of reaching the top.-Spin on a few years and he’s a young man returning to the game, so determined to chip away at his once boyhood goal that he’s moved house and has been forced to bunk -er… ‘sleep’ close to the golf course whilst those ideas of fame he has to Mull… I … Gan…

…no… no, it’s no use, I can’t do it anymore! Your entire helping of golf puns is in that first paragraph… enjoy…  END_OF_DOCUMENT_TOKEN_TO_BE_REPLACED

No Blog Posts, No Tweets, No Random Sonic the Hedgehog Doodles… I bet you’re all wondering what’s going on over here at Hundstrasse.com??  Well, the good news is that I’m writing this now so there’s no need to keep fiddling with the rabbit ears on top of your set; not that analogue TV has been a ‘thing’ for years now, nor do I have a … END_OF_DOCUMENT_TOKEN_TO_BE_REPLACED