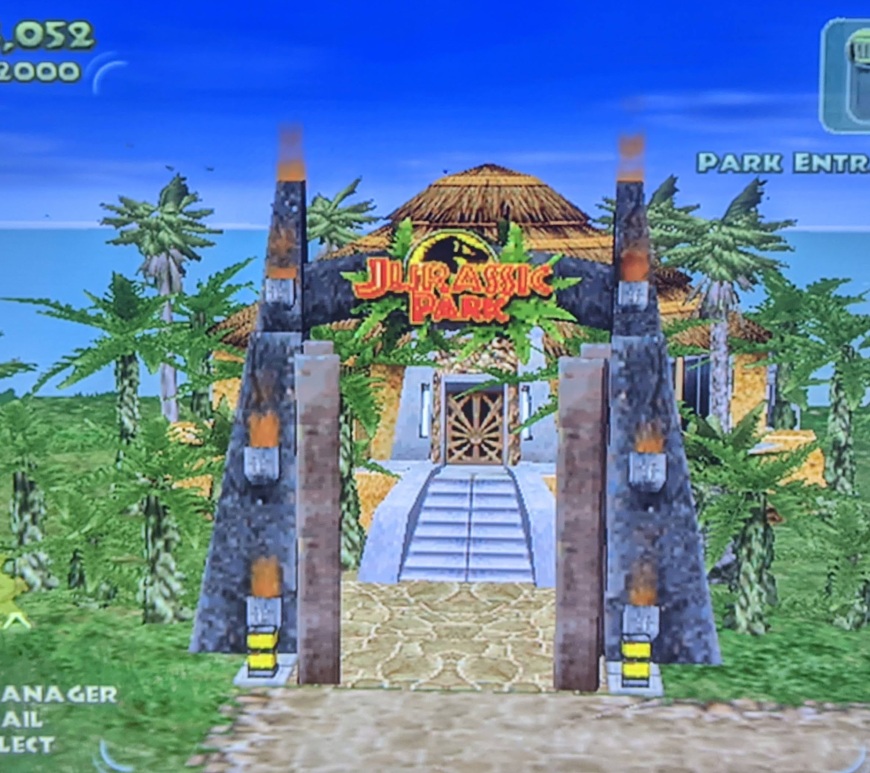 Long time readers will know that I’m on a quest… one of the slowest burning quests in history maybe, but a quest none-the-less… to play all the Jurassic Park* games out there. So far I have played ‘some of them‘, But hey, who’s keeping track? I’ve sampled a good variety, including PnC, platform, FPS, and, whatever the heck you classify the DOS one as, but I’ve yet to try a park builder, which is where Operation Genesis comes in.

I’d been keeping my eyes vaguely open for a copy of JP:OG for a while now, but with my recent retro-gaming kick I happened to spot a copy of the PlayStation 2 version going at the same little online shop where I picked up a GameCube so I decided to give it a shot.