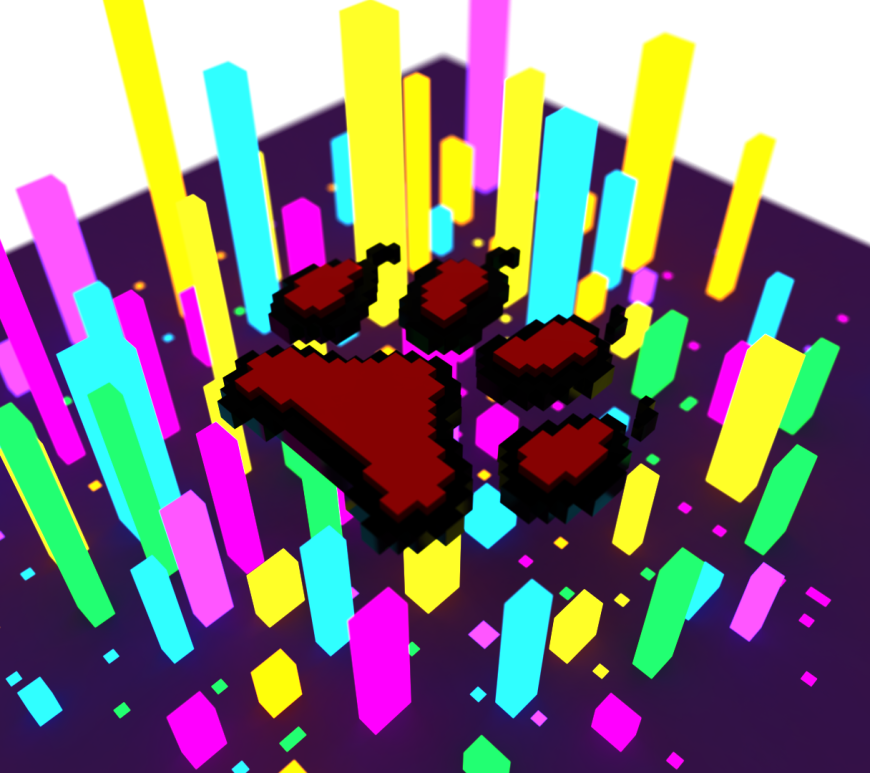 No Blog Posts, No Tweets, No Random Sonic the Hedgehog Doodles… I bet you’re all wondering what’s going on over here at Hundstrasse.com??  Well, the good news is that I’m writing this now so there’s no need to keep fiddling with the rabbit ears on top of your set; not that analogue TV has been a ‘thing’ for years now, nor do I have a … END_OF_DOCUMENT_TOKEN_TO_BE_REPLACED

Valve’s: The Lab is still my go to VR demo for anyone wanting to give that ol’ headset their first go. Taking a playful sandbox approach to VR-ing it introduces new users to the concepts of VR in a polished and intuitive way; warp movement, picking things up, firing a bow and arrow – yes, all the core part of VR are there!

My favourite part of ‘The Lab’ however is still the Portal themed robot maintenance bay; a short linear demo with very few interactive elements that astounds me every time I give it a shot. It’s the virtual transportation in to the world of Portal that blows me away. Coming face to face with the beautifully intricate Atlas or that moment when GlaDOS drops in to view – the immersion and the sense of scale are awesome, and for a fan of the source material it gives me chills every time. It’s the same reason that for a long time my Steam VR home was the Team Fortress 2 theme, the chance to be beamed directly in to your favourite game universe is too much to pass up. END_OF_DOCUMENT_TOKEN_TO_BE_REPLACED

Hey! How’s it going you July people? All good out there in Someplaceville? If you’re a sunshine-type person then I hope you’re out there enjoying the good weather, or if you’re like me then I hope you’re safely locked indoors away from all that pollen and we can collectively hope to get a few good storms out of the humidity. Either way it’s July already, … END_OF_DOCUMENT_TOKEN_TO_BE_REPLACED

… you’re frozen to the spot…

A bullet hovers, stationary, abruptly halted along that incomplete vector from barrel to your face. It’s barely a foot from its intended destination. Without moving your head you allow your knees to bend. The very act of crouching seems to gently turn the crank on the passage of time and the bullet slowly proceeds forward. You continue to crouch, but can’t resist letting your eyes follow the projectile as it sails over your head. This is a game played out long-form over fractions of seconds.

Super Hot is a game that’s been on my radar for a long time; novel time disrupting mechanics often interest me and the concept of Super Hot, an FPS where time only moves when you do, was a serenade to that bit of my brain. Unfortunately I’ve also got a superficial part to my personality and I’m entirely guilty in this case of judging a book my its cover; in short, that angular stark red on white aesthetic turned me off the whole idea of even trying the game. It’s just not something I found appealing and each time I browsed the store page I couldn’t ever quite get past the initial nose-screwing-up to hit the buy button.

My evenings recently however have involved much furniture shuffling as I’ve had a spree of VR gaming. During various internet delvings to find out which VR title I should jump in to next, I consistently saw high praise for the VR version of Super Hot, so I took a deep breath and set aside my visual preferences to give it a shot. END_OF_DOCUMENT_TOKEN_TO_BE_REPLACED

Hey you? Yes, you! Are you a gamer?… of course you are! I’m not down with all these narrow and divisive labels because the truth is that whether you enjoy tapping away on Candy Crush, constructing new worlds in Minecraft, fighting to be the last alive in Fortnite, exploring a dreamlike narrative in Kentucky Route Zero, or just plain blasting demons in Doom then you’re a gamer. It’s also probably true to say that if you are a gamer you probably also have a guilty gaming pleasure; some title that you’re not “supposed” to enjoy, but you always have on hand for some guilty pleasure fun. Like a cheesy movie, well worn comedy series, super-happy-fun-time pop music when you only wear black, or big bowl of ice-cream, it’s a title that you fire up when you just want to enjoy something and let any sense of self-consciousness fall by the wayside … assuming that you’re in your own home.

I have at least half a dozen guilty gaming pleasures, but one of them is undoubtedly PayDay 2. Overkill Studio’s squad-based crime shooter sees players undertake a plethora of heists from breaking in to bank vaults, smash-n-grabs on jewellery stores, and (the always ill-advised) stealing great heaps of cocaine from other underworld organisations. Assuming that you armour up and go in loud (yes, you can stealth missions, but that is certainly not why this game is one of my guilty pleasures) then this descends in to some adrenaline fueled fast paced shootouts with some of the most numerous and well equipped law enforcement officials you’ll ever encounter. END_OF_DOCUMENT_TOKEN_TO_BE_REPLACED

Forget all the other ‘Game of the Year’ titles, all eyes in the gaming world are on my own Top 5 of the year, what is going to make the list and of course which title is going to land that illusive top spot!… I assume…

It has undoubtedly been an exciting year in for gamers with Bethesda controversy, Red Dead Redemption 2, and the new Smash game, but strangely these are not things that I’ve been involved in. Looking back on the list of new games that I’ve played this year there are no signs of a big AAA release; I usually tackle at least one of the major releases in the year so in that way 2018 is an anomaly. It’s also surprising that I’ve relatively few multiplayer games in the list this year; Wednesday evening online gaming has been a little sporadic and when we have played it’s generally been to revisit old favourites rather than sampling anything new.

So what has characterised my 2018 gaming year? Two things: Retro & VR. Much of my gaming time has been revisiting, or playing for the first time, some classics of yesteryear. I’ve covered a good amount of PS1 ground and, in recent months, PS2 going back to my favourite ‘Resident Evil‘s, scratching an itch by completing ‘Men in Black‘, and finally getting around to that revisit of ‘Silent Hill 2’. On the PC I tackled the DOS version of Jurassic Park (to add to my meandering trip through all the JP games I can get my mitts on!), Theme Hospital, Max Payne, and even discovered that populated Unreal Tournament servers are still a thing!

Since entering the world of VR back in August I’ve also been sampling as many flavours of that particular ice-cream as I can stomach and, as many of these games are short experiences, it has undoubtedly ‘artificially’ inflated the number of new titles that I’ve checked out compared to previous years.

… but enough retrospective rambling, you’re all here to read the Top 5!  END_OF_DOCUMENT_TOKEN_TO_BE_REPLACED

I’d never played Skyrim. Kind of a unique confession for a gamer given how many different systems and versions this game has seen and also how many friends rate the experience so highly. I guess I’ve just never been drawn to that traditional fantasy setting preferring instead the post-apocalyptic Bethesda romps. At the same time I’ve also been caught in a bit of a VR conundrum recently; the Vive is pretty excellent, but in truth there just aren’t that many “full length” titles available. Sure, some of this is due to practicality; my back aches from standing in the virtual world for more than a few hours and having a special VR hat strapped to your face for that length of time can get hot and uncomfortable. None of that seems to be putting me off however and I’ve been keeping a look out for the more substantial VR offerings to feel that sense of immersion in a more expansive world.

Bethesda are one of the few bigger publishers who have embraced this technology releasing both Skyrim VR and Fallout 4 VR; both virtual re-jiggings of the entire 2D experience. I guess that Fallout 4 was the more obvious choice to satisfy this hankering, but I just couldn’t bring myself to fork out more money (even with a heavy sale discount) for that joyless wasteland romp; it didn’t captivate me in 2D and I doubted that VR would change that.

Instead I opted to pick up Skyrim VR; almost everyone raves about Skyrim so this open world classic in VR was surely a winner and gave me the opportunity to try something new despite being a little far removed from the type of setting I’d normally pick so I jumped in. END_OF_DOCUMENT_TOKEN_TO_BE_REPLACED

How’s everyone’s gaming going out there? Are any of you embroiled in the Fallout 76 fiasco? I was pretty curious about the game; sure, Fallout 4 was nowhere near my favourite entry in to the series, but I did at least play it to “completion” … well, the end of the main story. 76 seems to be ricocheting from problem to problem from severe technical issues at every turn, the canvas bag caper, leaked player account details, and roaming homophobic gangs… overall it would be an understatement to describe its first few weeks as shaky. The problem is that so many games are now “released” in a state less than finished that it’s tricky to know if the concept is flawed or these are just release jitters. 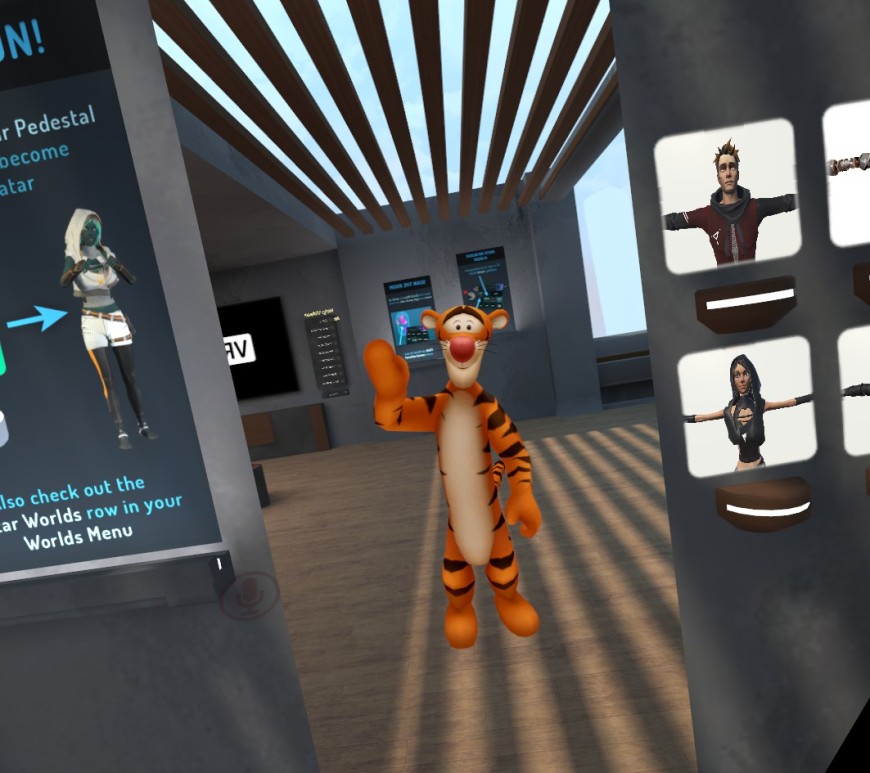 I’ve spent the past few months in and out of VR, waving my hands around in the hastily cleared space of our lounge with the Vive on my head, shooting zombies, carrying out spy missions, or pulling a good old fashioned bank heist. Before I was gifted a Vive however, my VR experience was limited to a handful of hours using PSVR’s belonging to a couple of close friends. One of the first of these was playing a demo of “Until Dawn: Rush of Blood”; if you’re not familiar it is an almost literal “rail shooter” with the player being placed in the seat of a demonic ghost train and wheeled around in VR, guns in hands, blasting murderous clowns (iirc). The experience was suitably impressive in terms of immersion for one of first times I’d donned a VR hat and worked as a concept, but one of the things that really stuck in my mind about it was that I had a virtual ingame body. Sure, it was just a static model sat in the seat of the ghost train that you sort of had to awkwardly align yourself to, but once I had that figured out, being able to see a virtual body with outstretched arms holding the guns really added to the sense of immersion. END_OF_DOCUMENT_TOKEN_TO_BE_REPLACED